When you’re in Puerto Vallarta for just barely a day, you want something inexpensive and close enough to the airport. This is how I landed on the hotel, Rivera del Rio. The photos online showcased a funky, nine room house with claims that Elle and Vogue had done photo shoots there. At $79 ($79!), breakfast and margaritas included, I couldn’t figure out why Elle and Vogue would shoot there, but I decided to give it a try.

The lobby was a little worn, but a generally pretty-at-a-glance open air space and living room with terrace. There was a tiny kitchen from which breakfast would somehow be served. 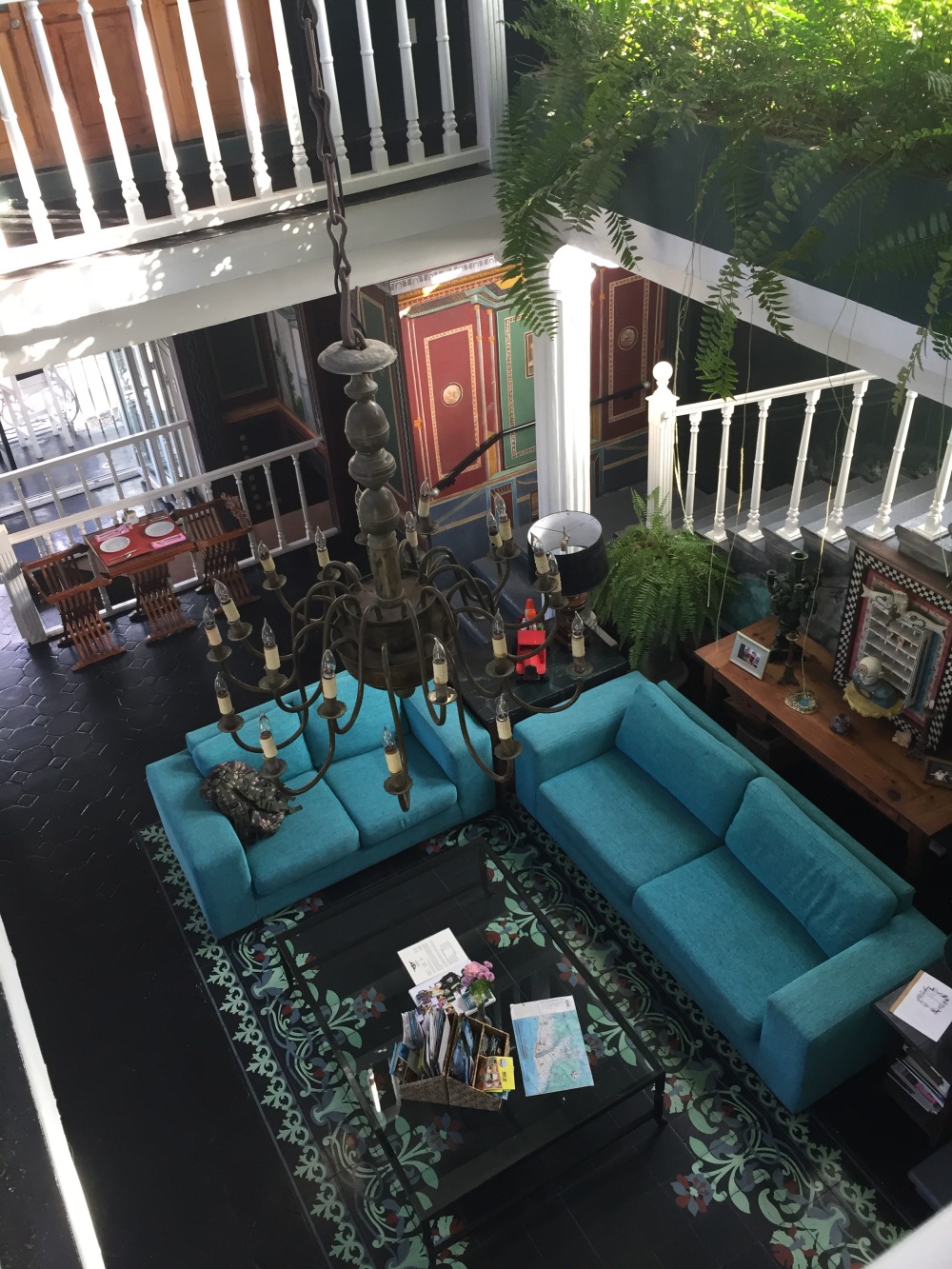 Also in the lobby was basically an elongated bathtub that claimed to be healing waters. It wasn’t the cleanest thing I’ve seen so I did not attempt healing. The duck decoys floating about were an almost charming touch. 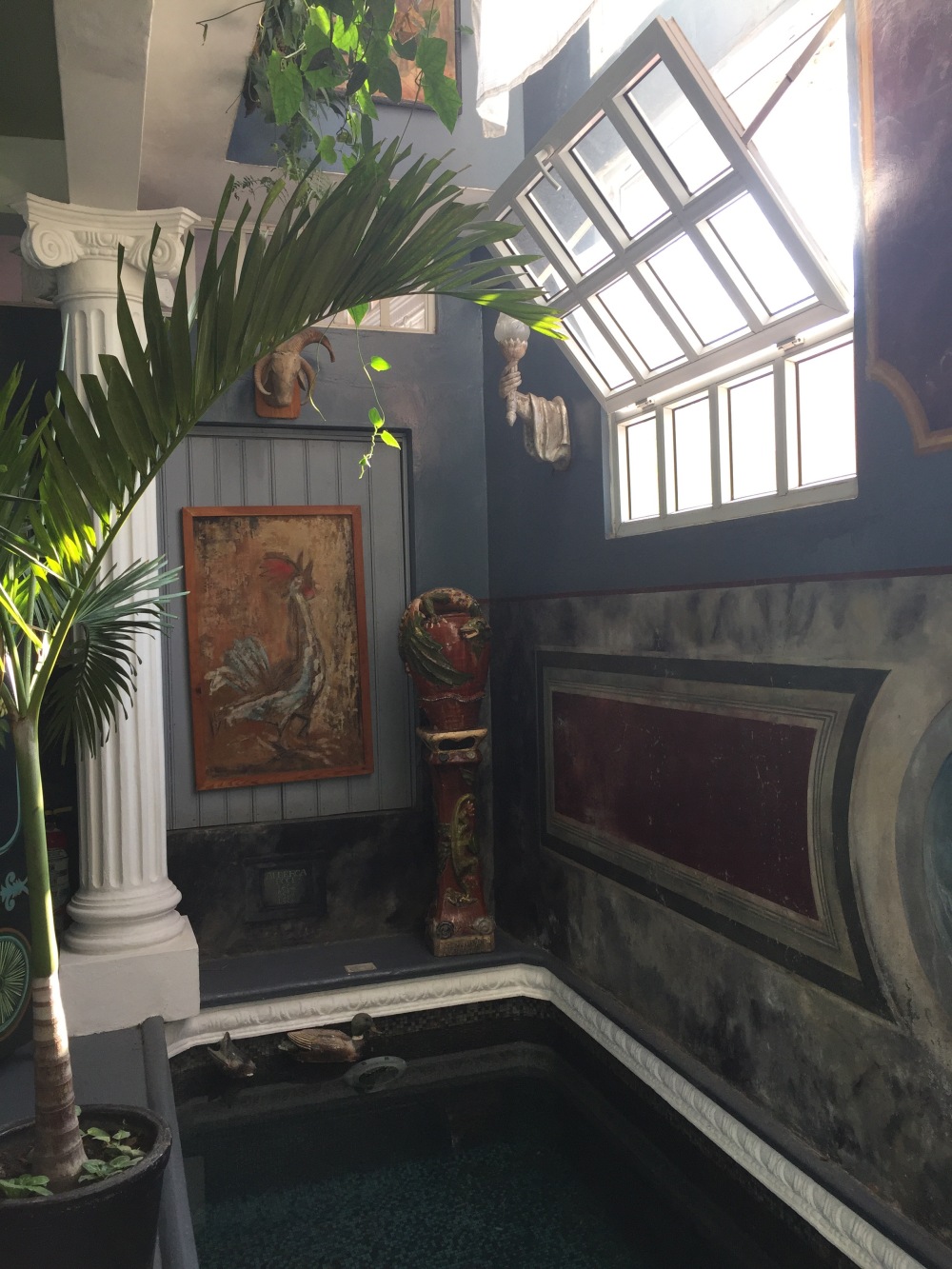 As I was waiting to check-in, I noticed all sorts of fairly alarming, freaky details like this. 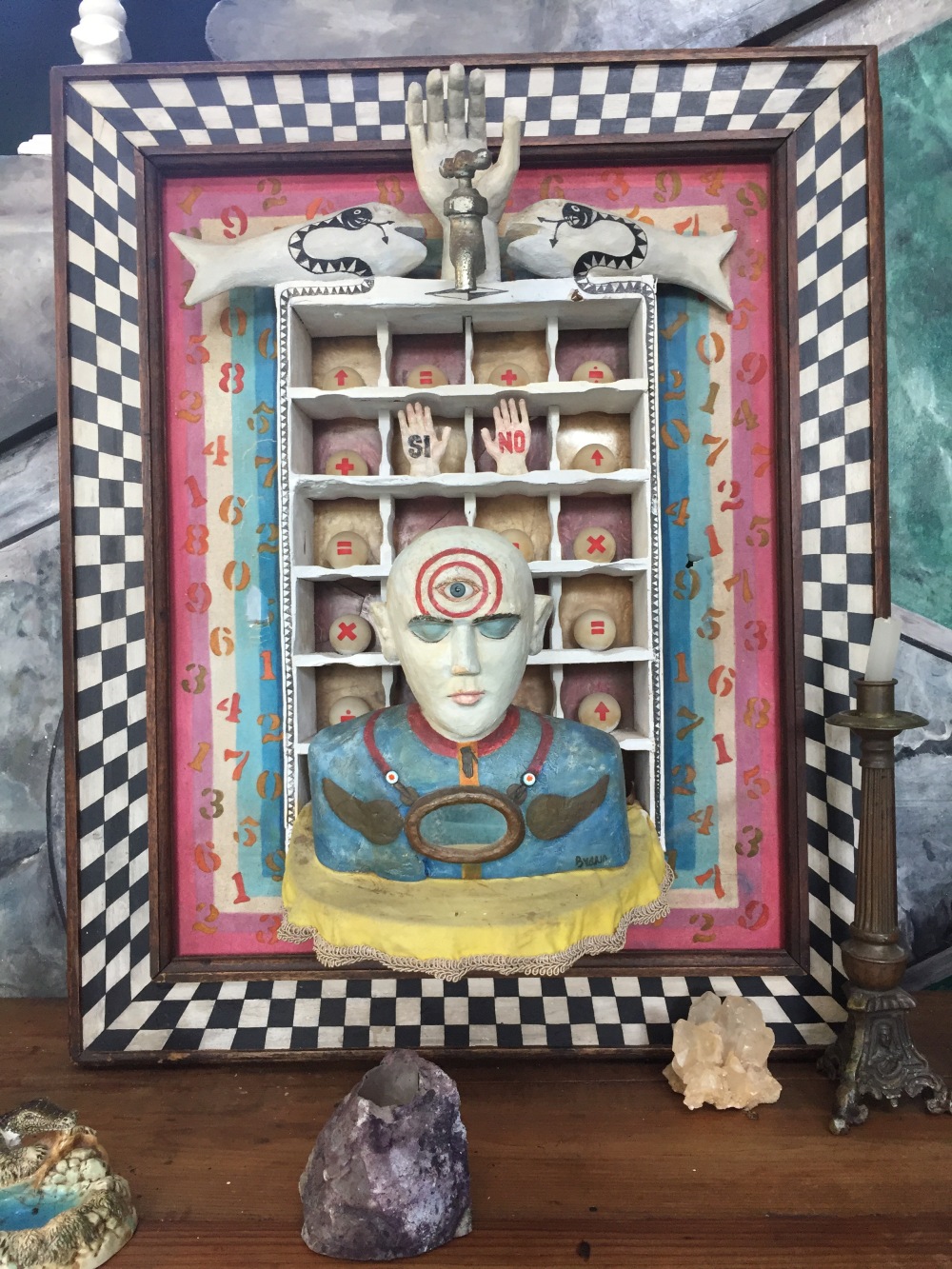 Thankfully, a margarita and perhaps the best guacamole I’ve ever had magically appeared. 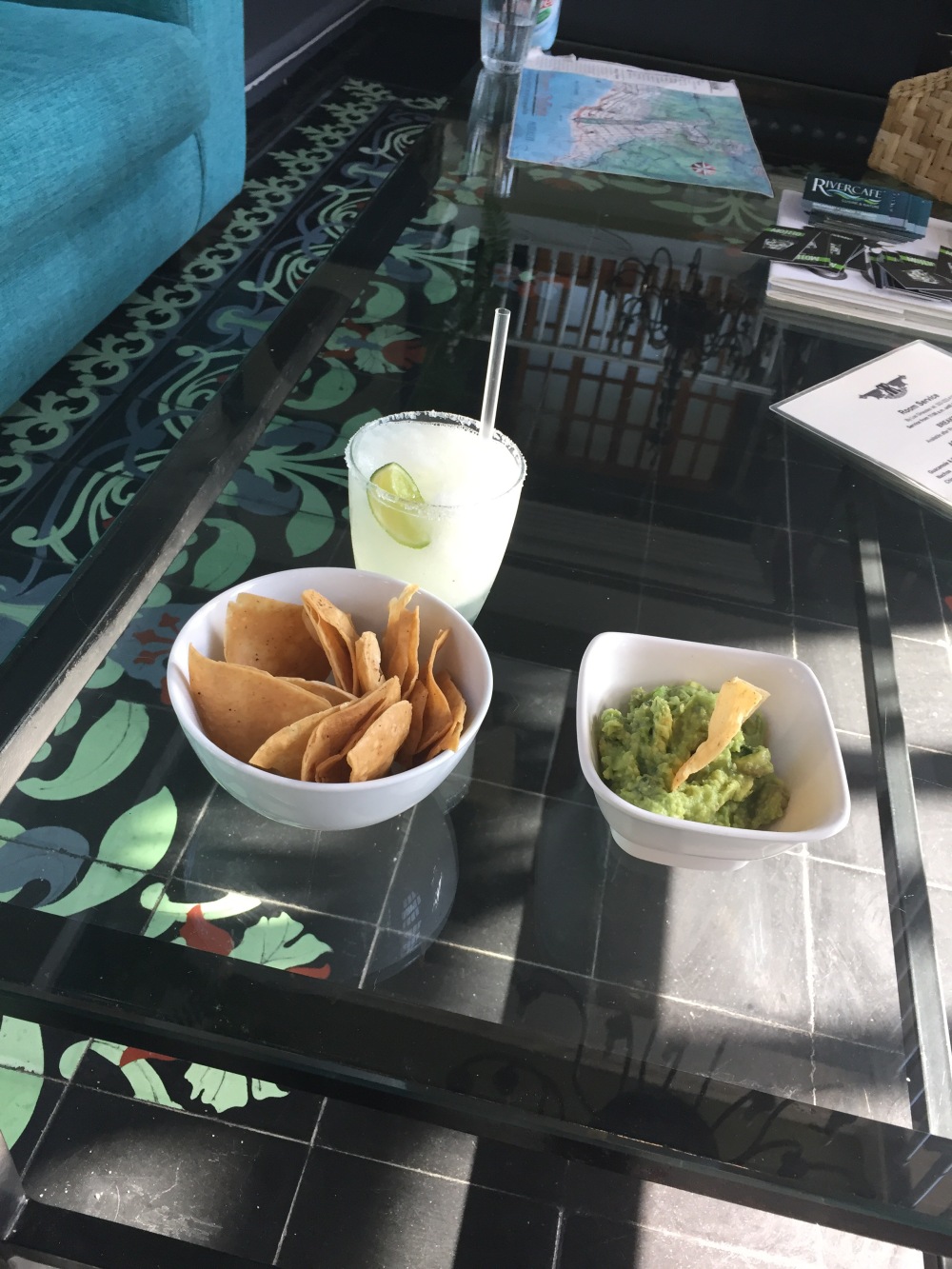 The stairway from my room to the lobby area was narrow at best. My hippy-assesed self with shoulder bag had to turn sideways to navigate. 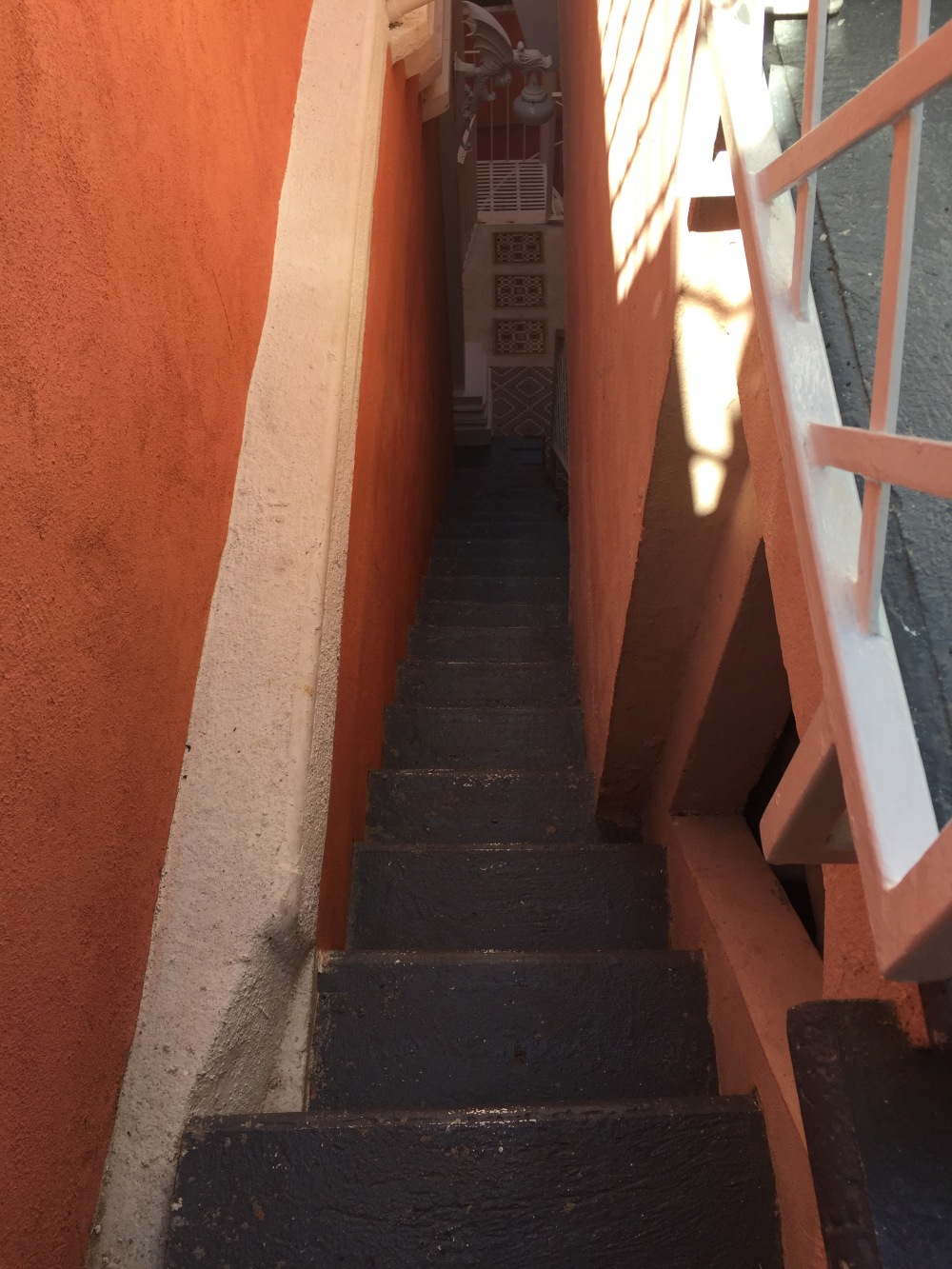 The outdoor space was quite pretty, even if the neighboring houses were very sad. 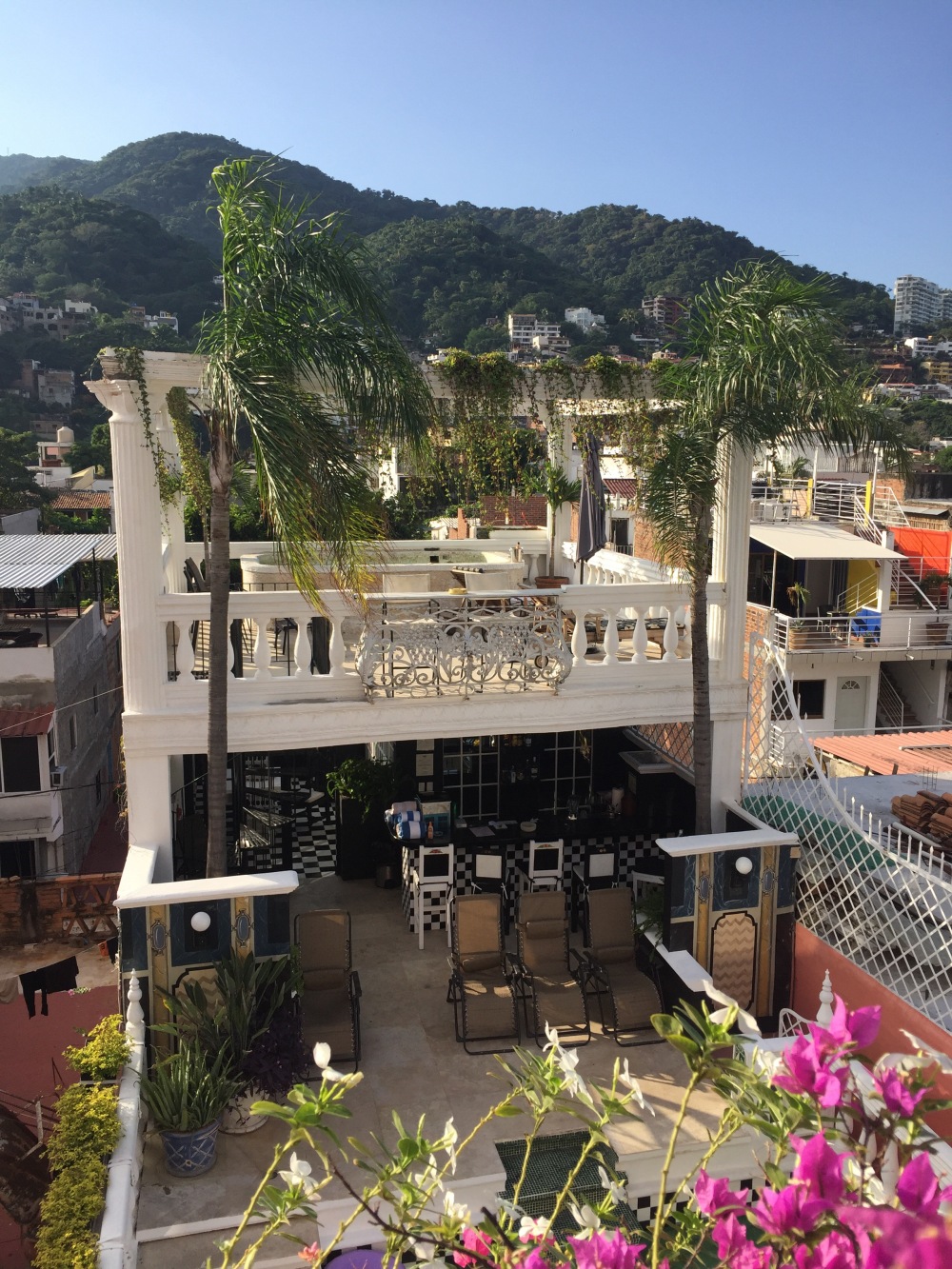 This rooftop jacuzzi made for a fun night for me. Tunes, a bottle of bubbly they’d left me, and a view of the Sierra Nevada’s is never a bad thing. 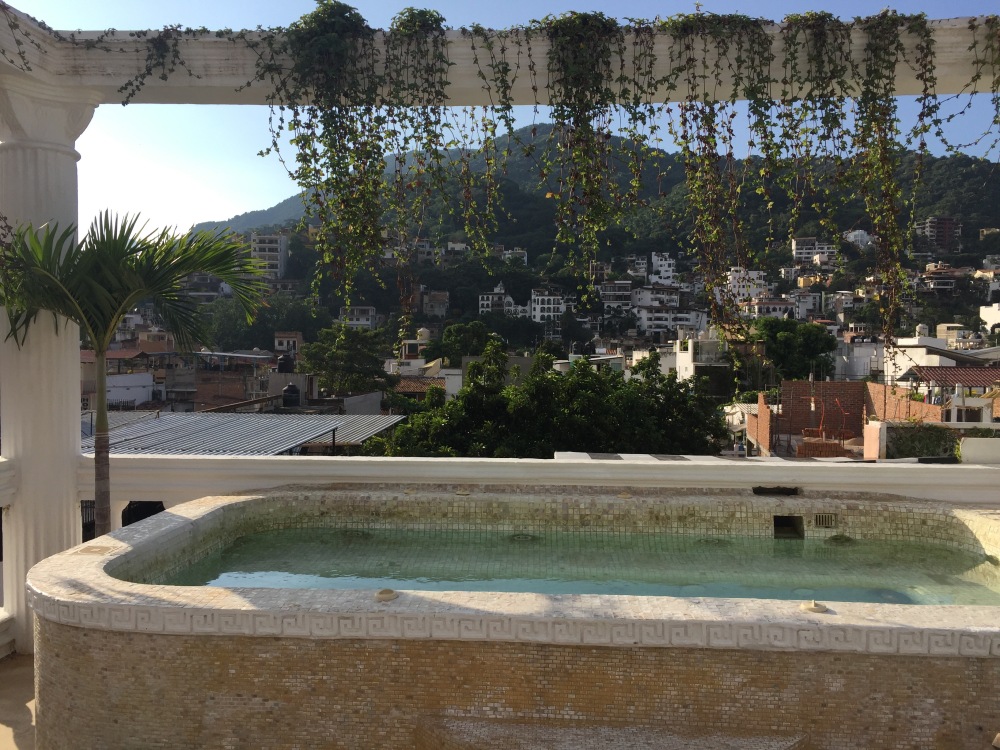 Turns out that this nook of the outdoor space was actually a patio of one of the rooms. Lucky for me, the tenants were friendly and allowed me to work there one morning. 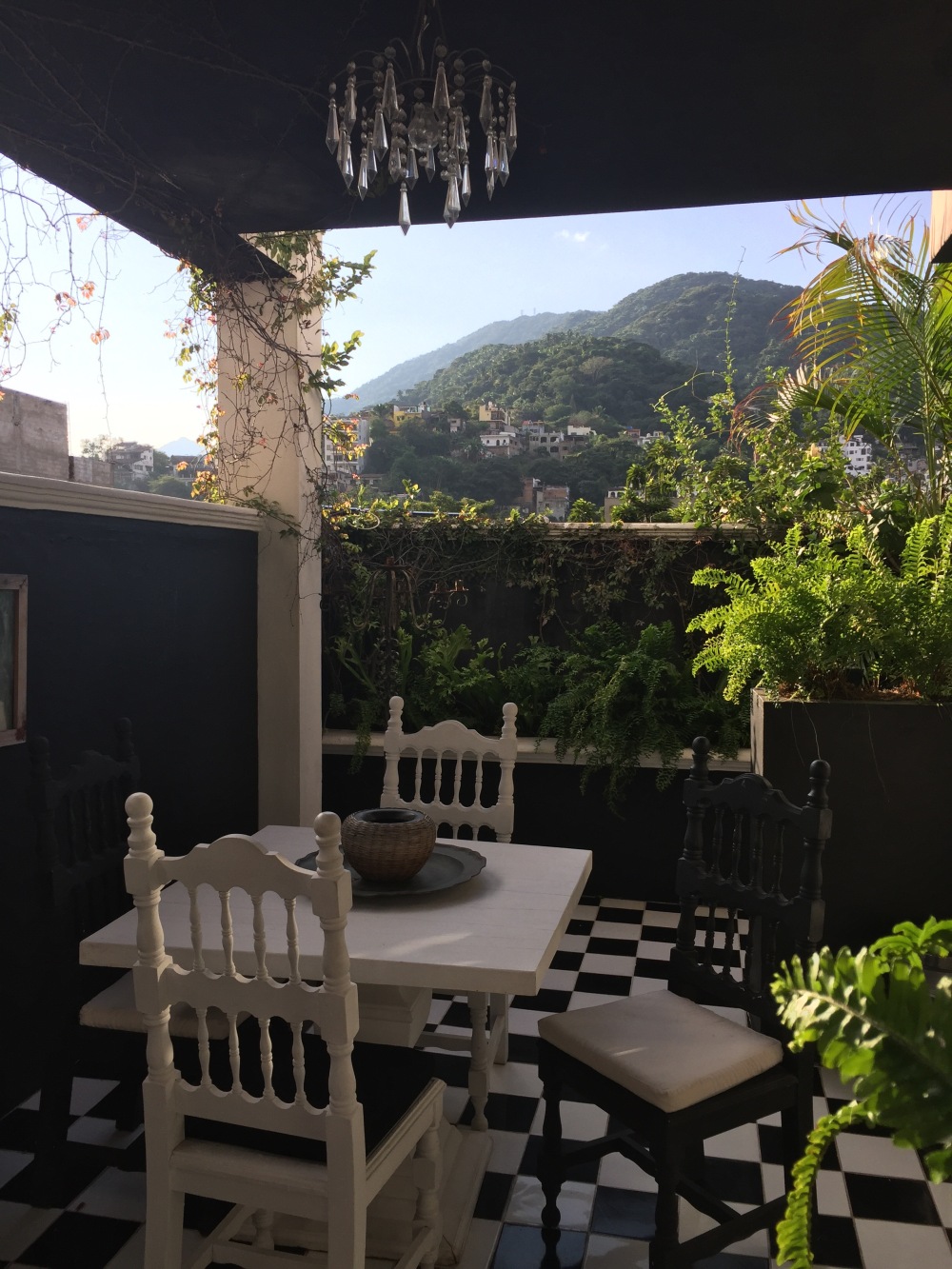 The honor bar was complete with a water filtration system. 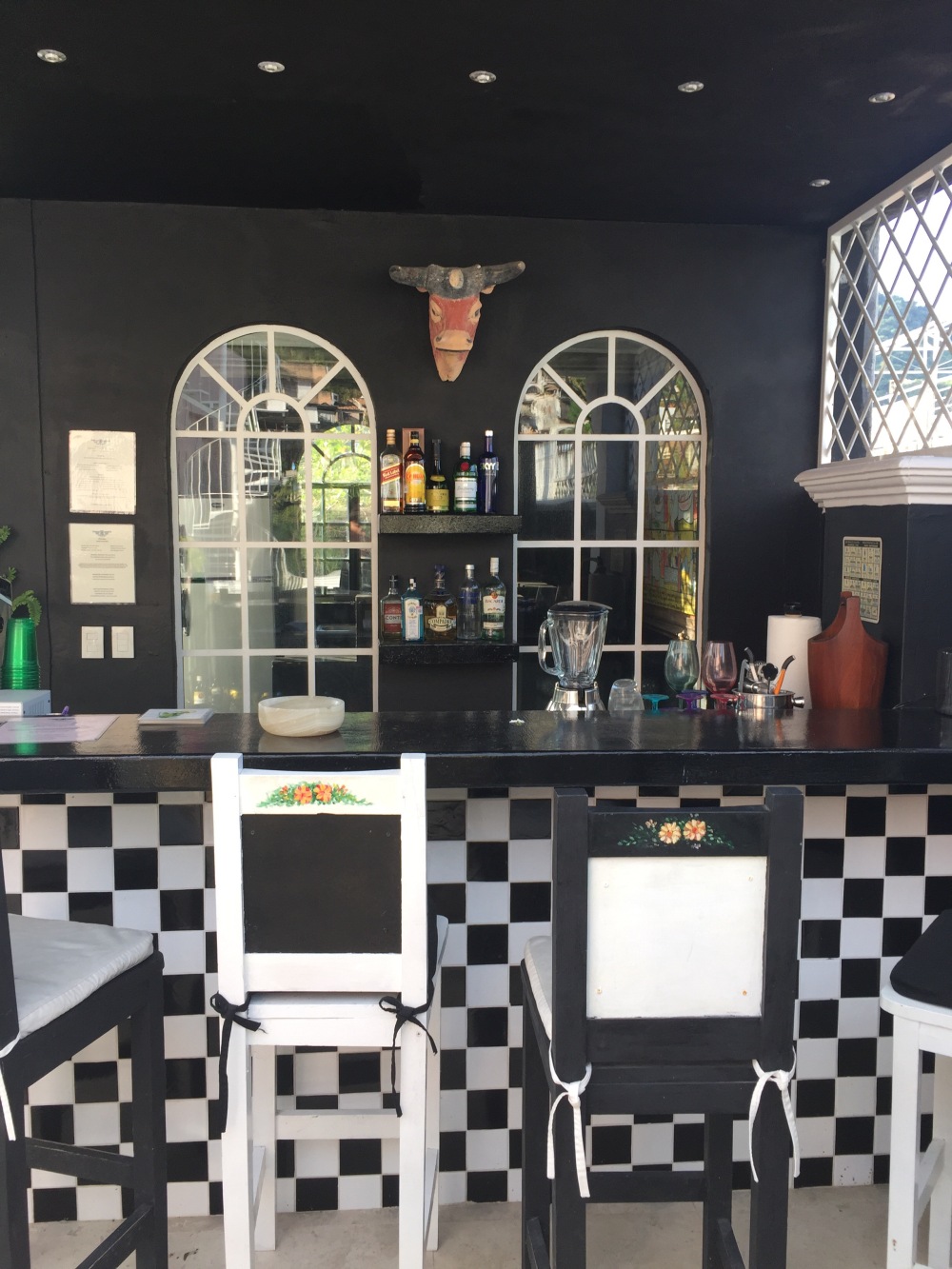 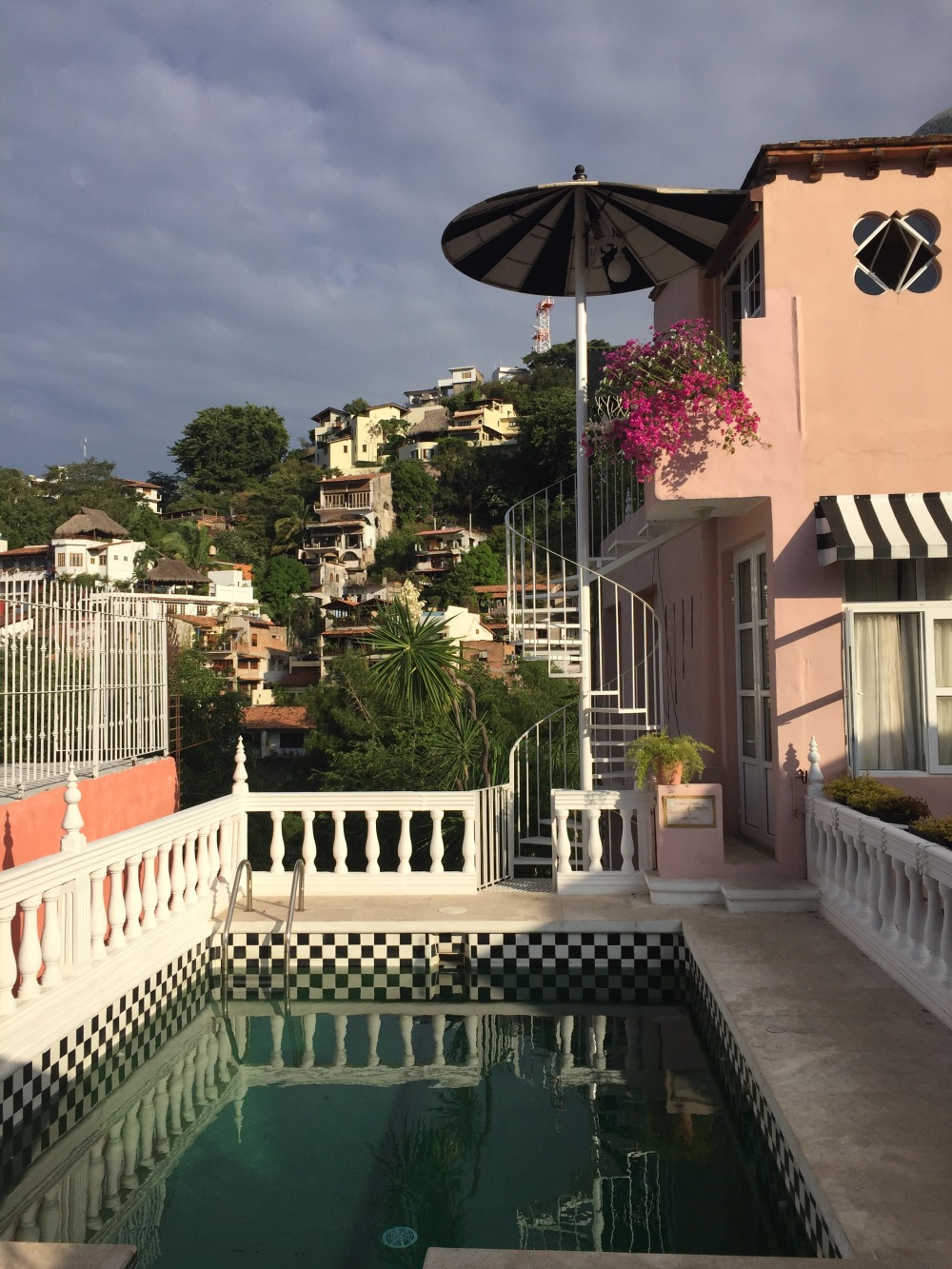 This was the front door to my room. It was a little odd to have a private entrance on a Mexican street. The security was a little worrisome, but the bigger issue quickly proved finding the place in the dark after dinner. Thank goodness I can (barely) ask for directions in Spanish. 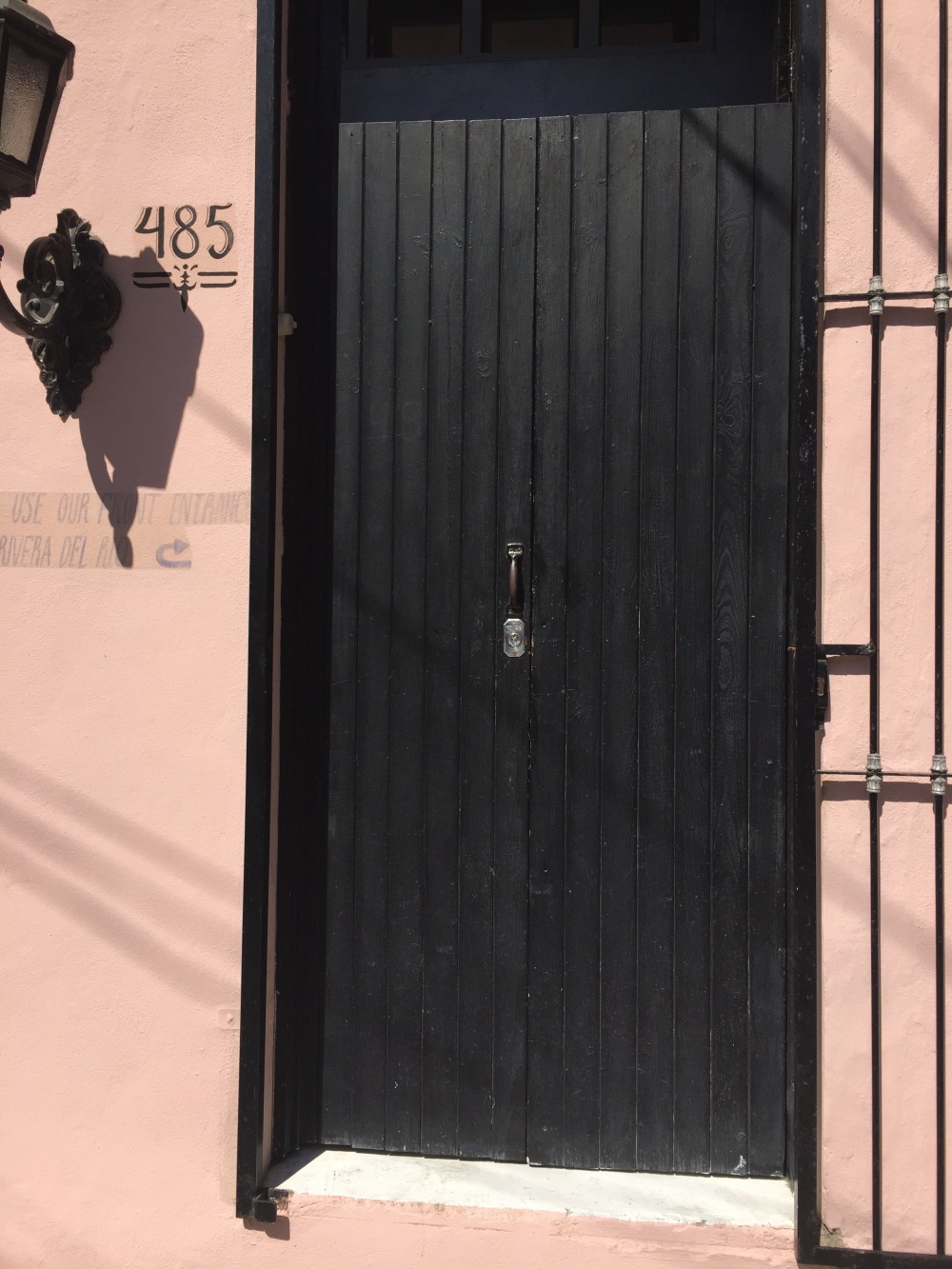 The living room of my 750 square foot room. 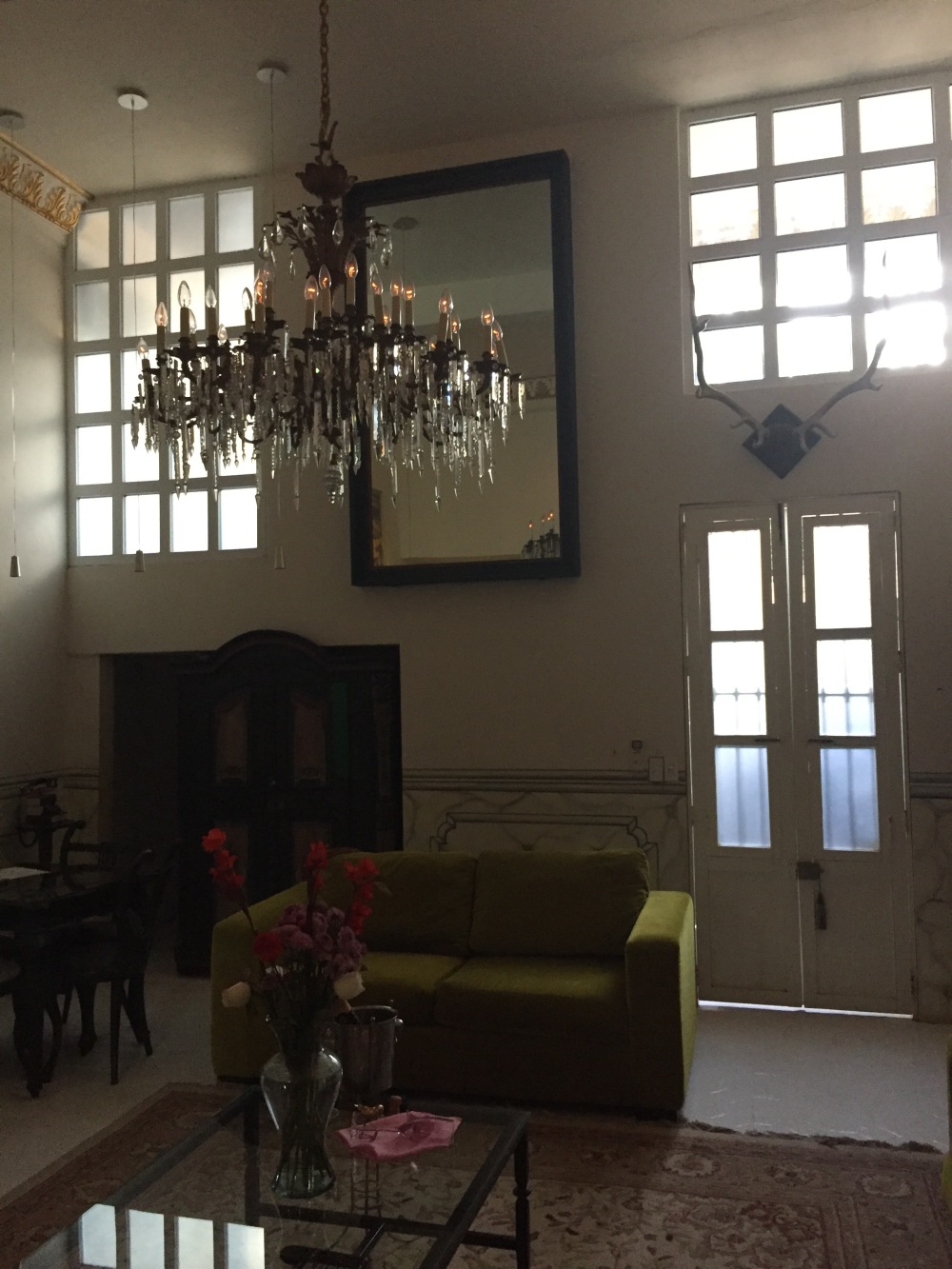 High ceilings and a chandelier are perfect touches for receiving guests in the parlour. 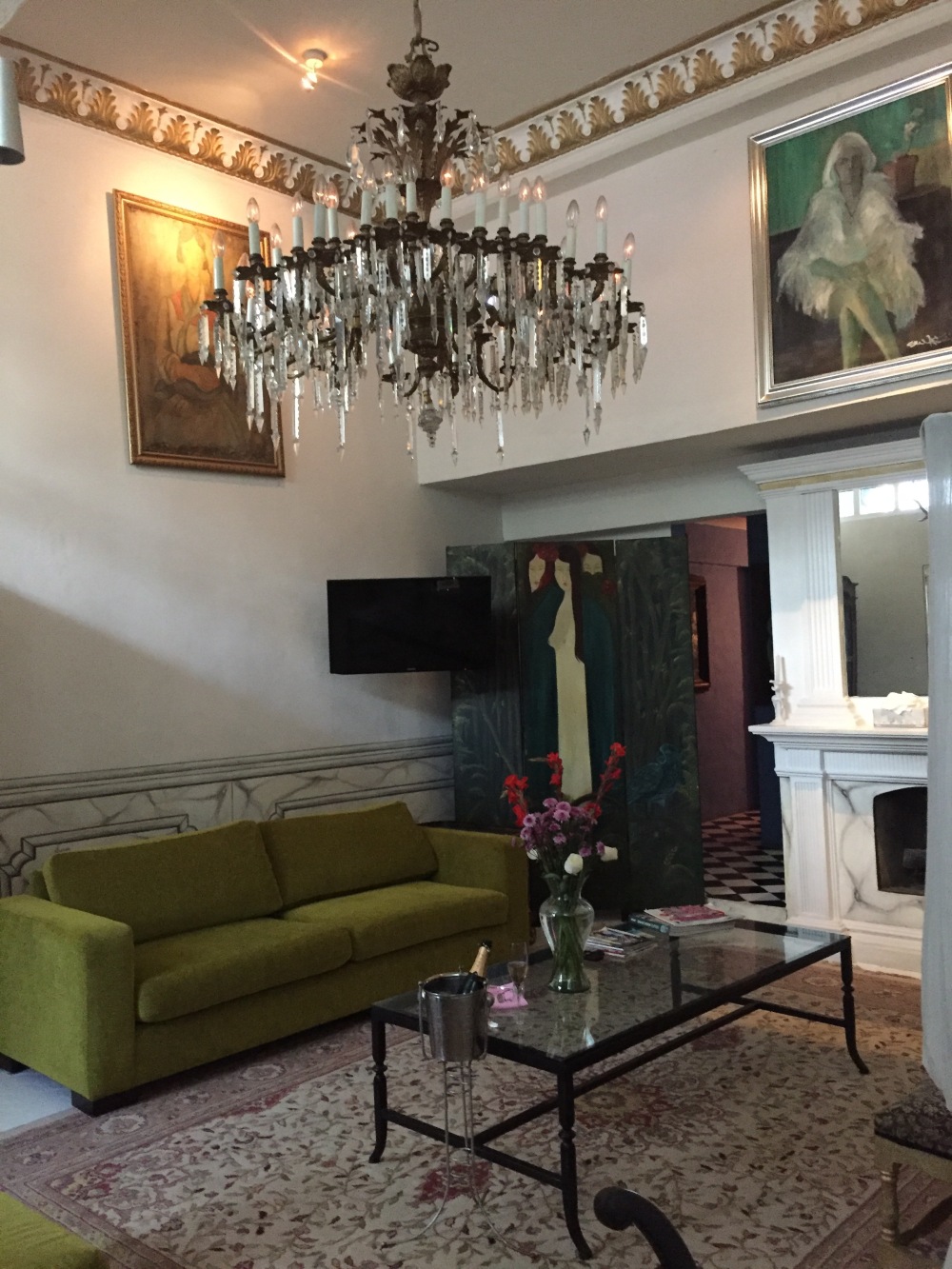 And if my guests needed to sleep, there was an extra queen sized bed in the parlour, next to a double-sided fireplace. 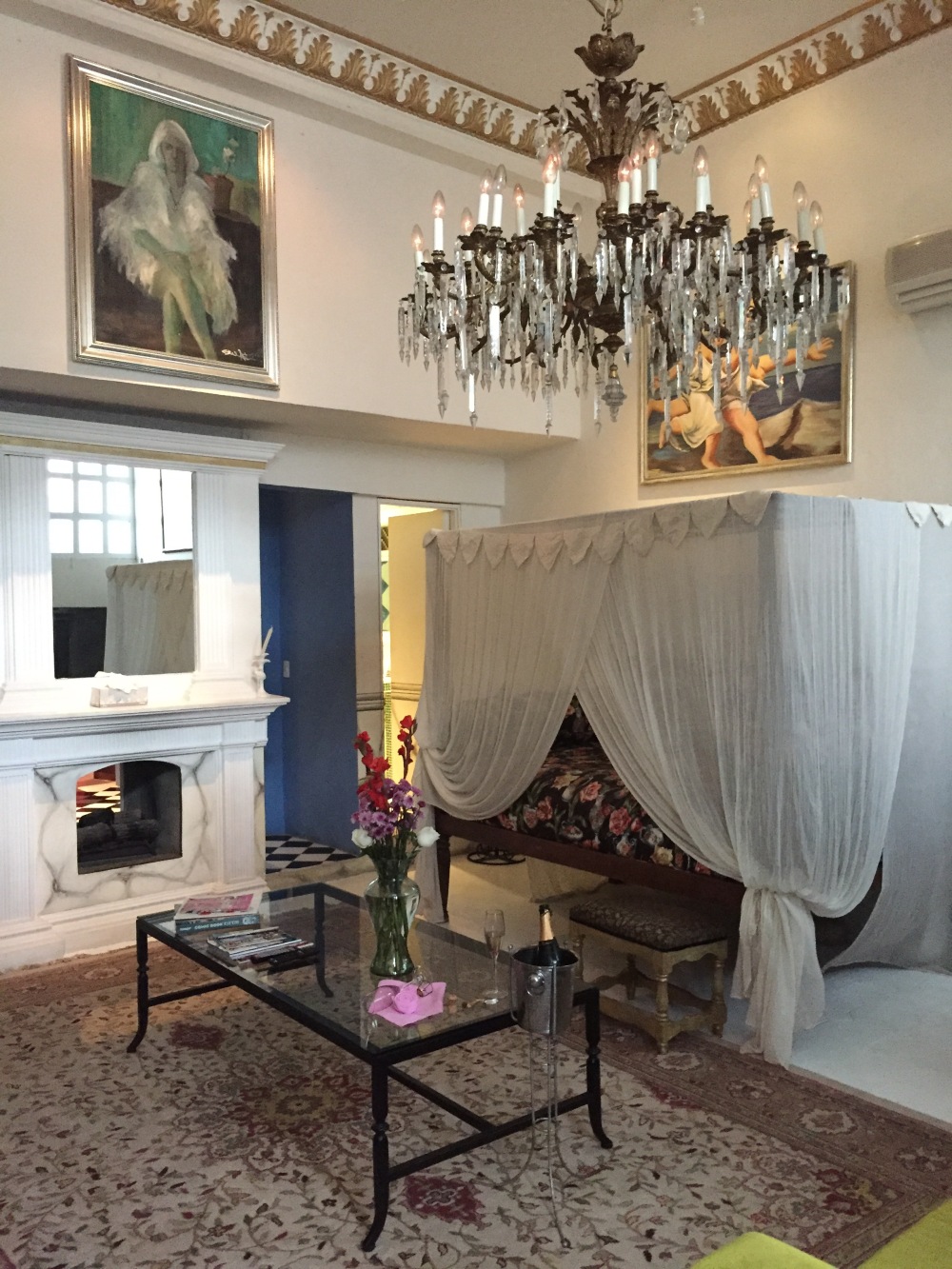 The box of artfully arranged Kleenex had me confused. 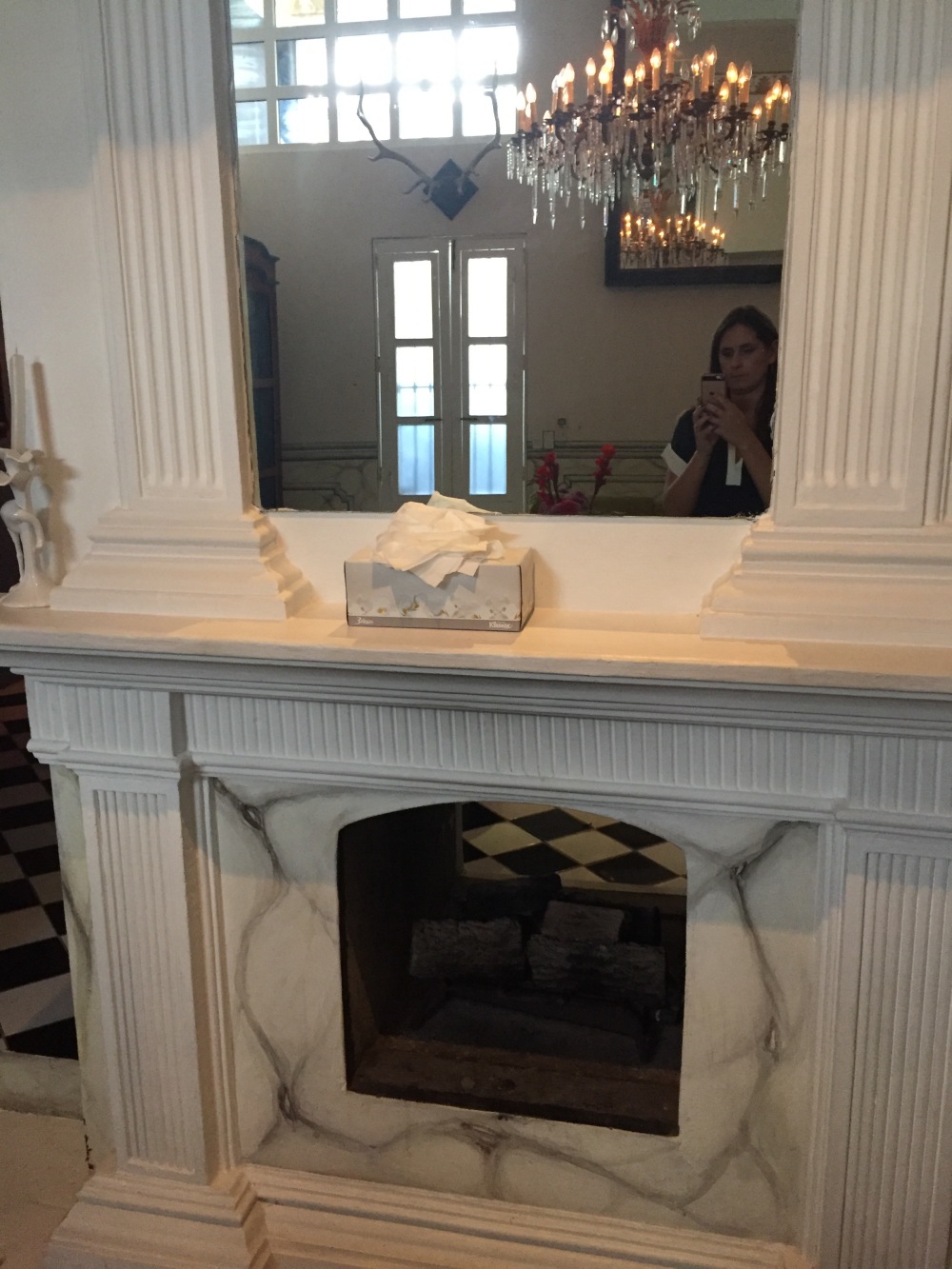 One full bathroom, off of the living area. 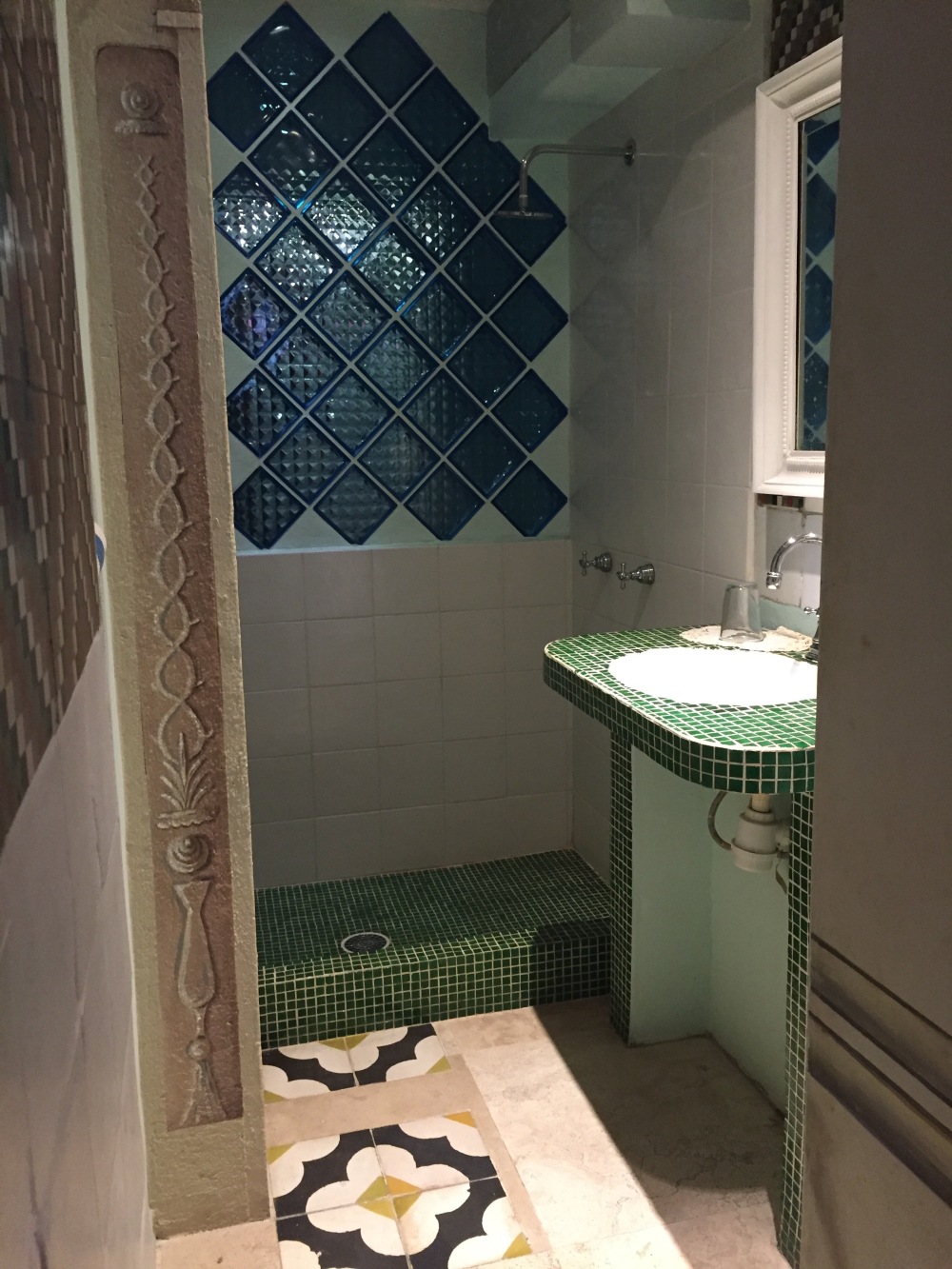 A small, but open kitchen. 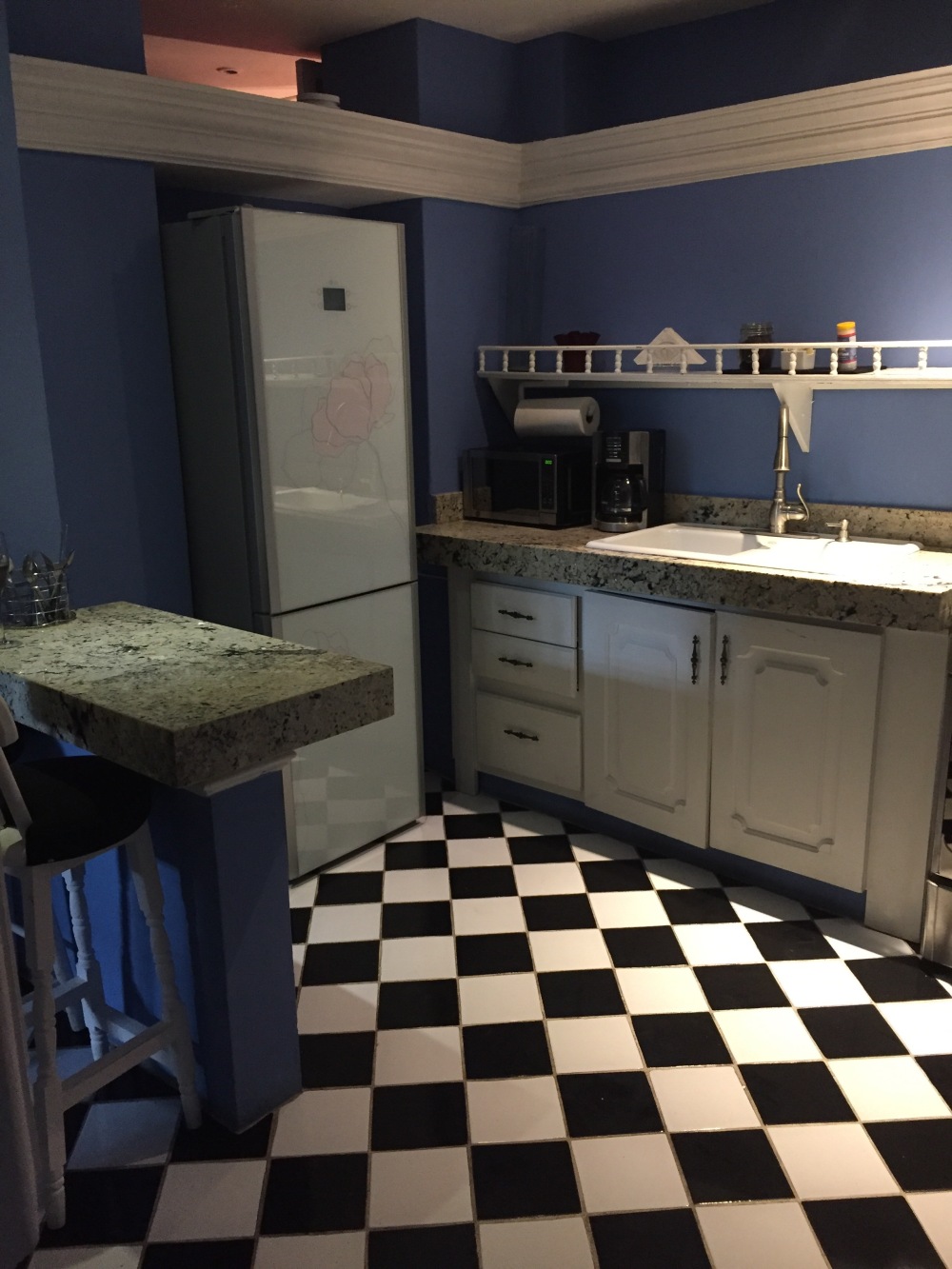 The refrigerator was reminiscent of a faded Perrier Jouet bottle. 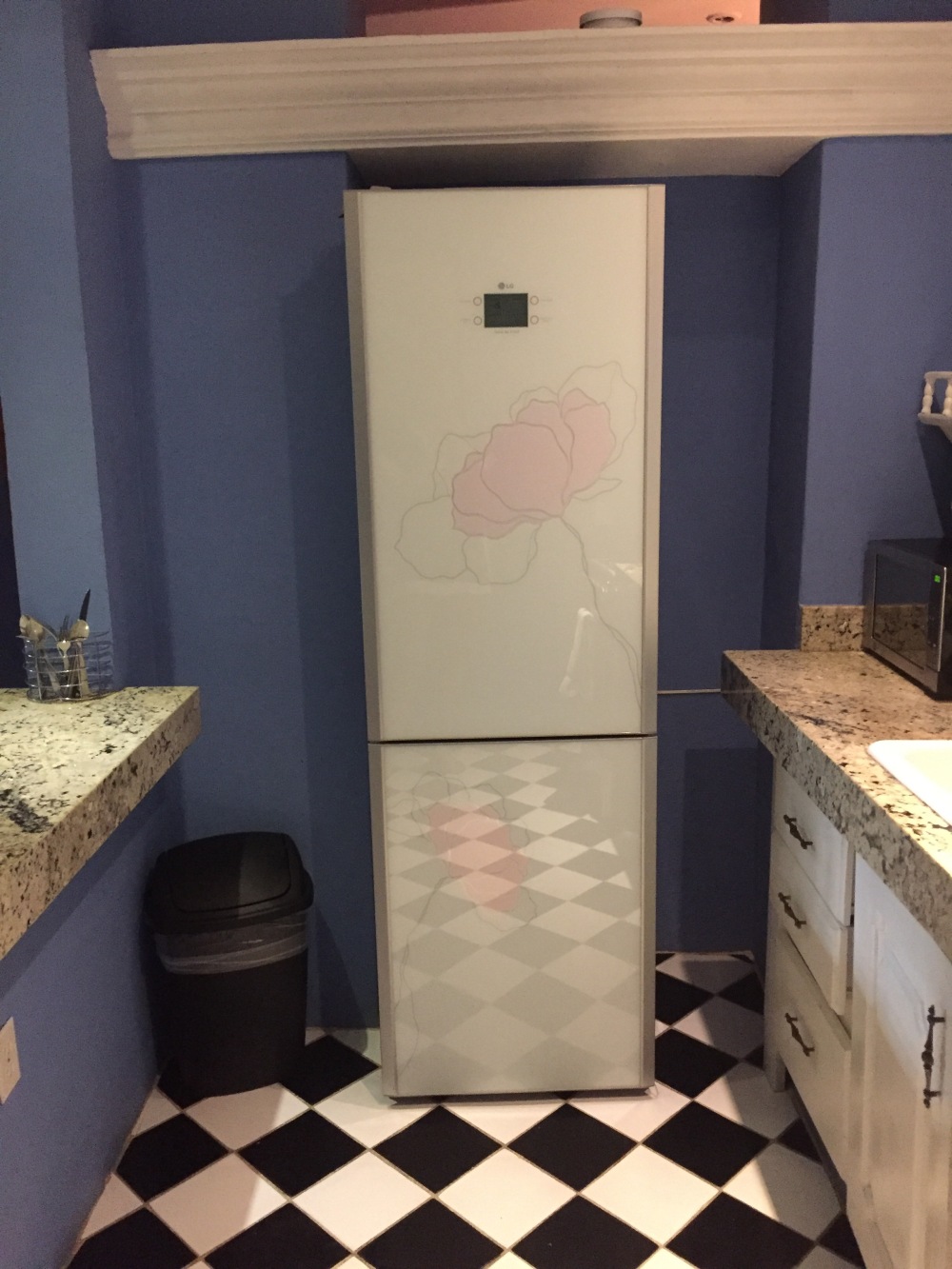 Artwork next to my bed in the master. 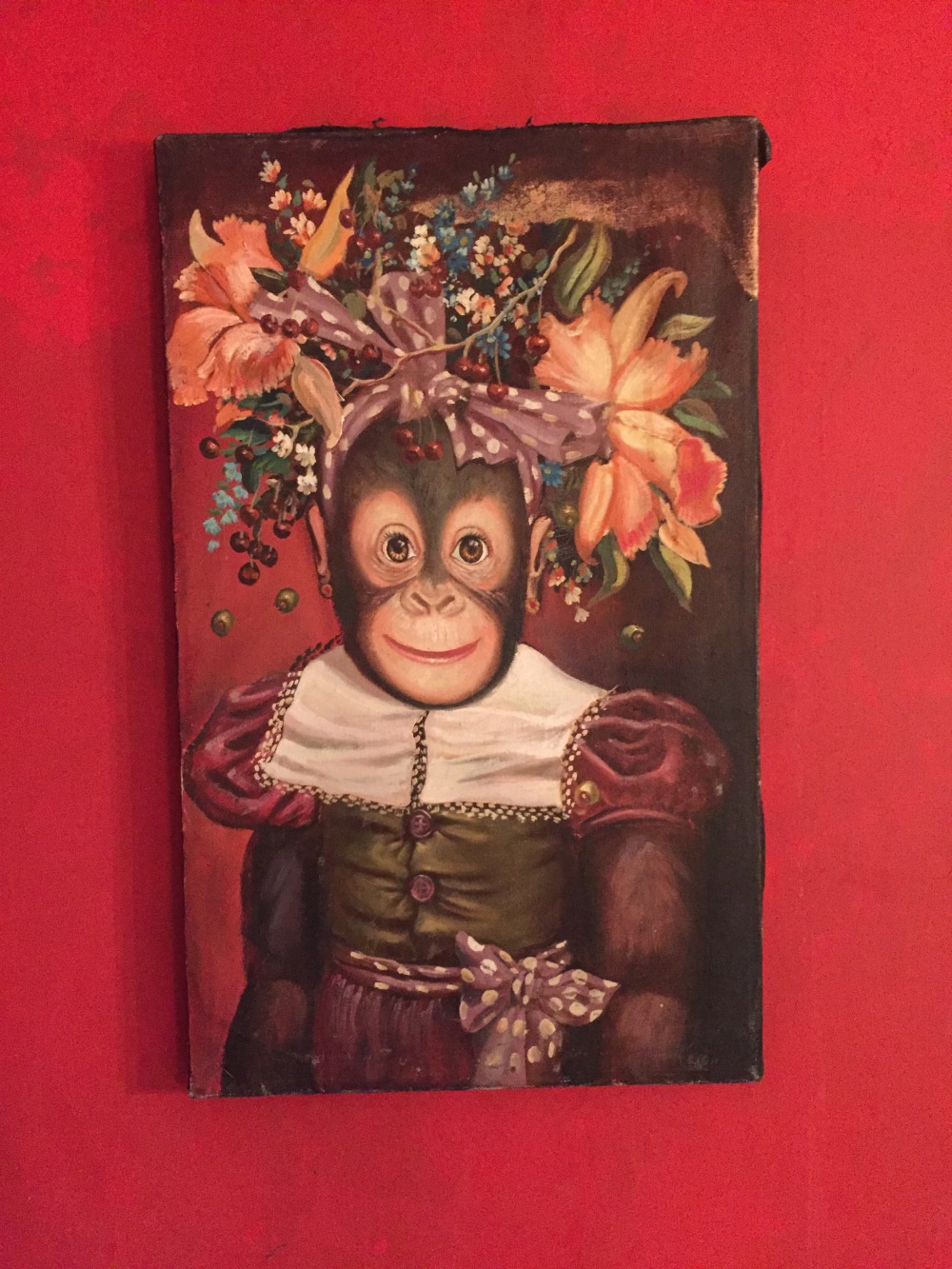 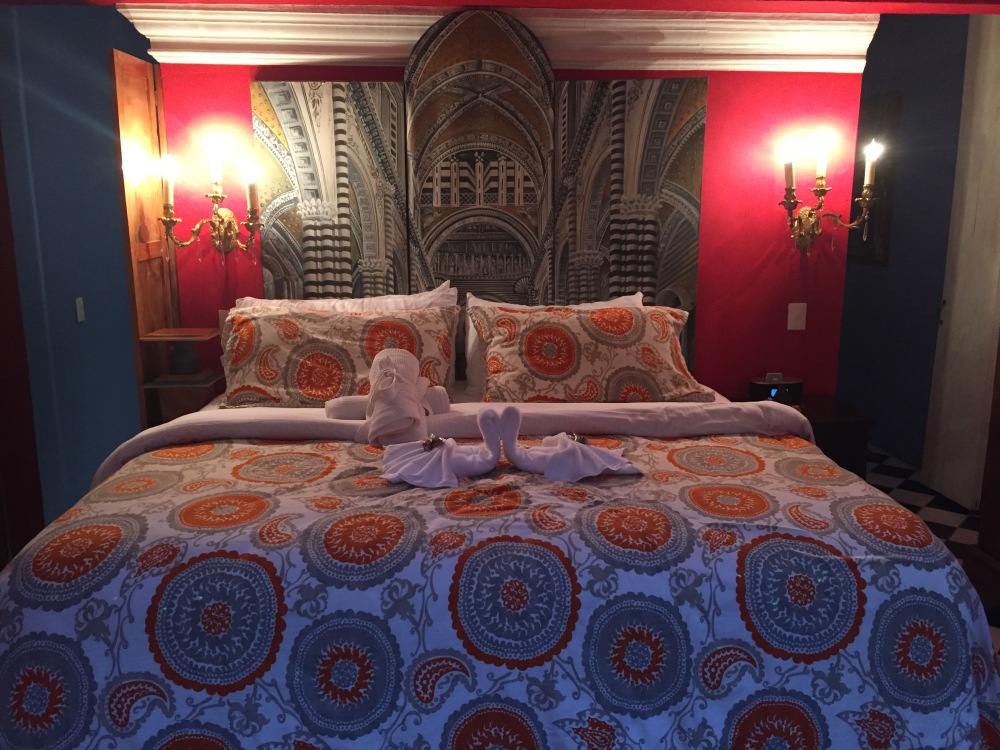 Swan towels with candies on their bums. Swan poo? 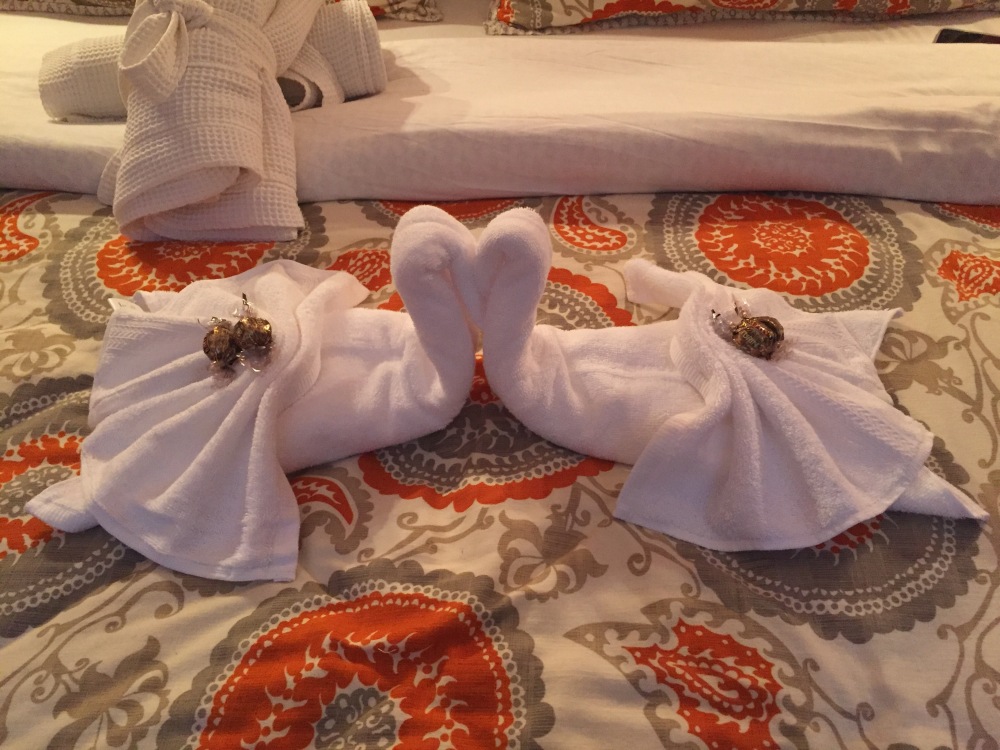 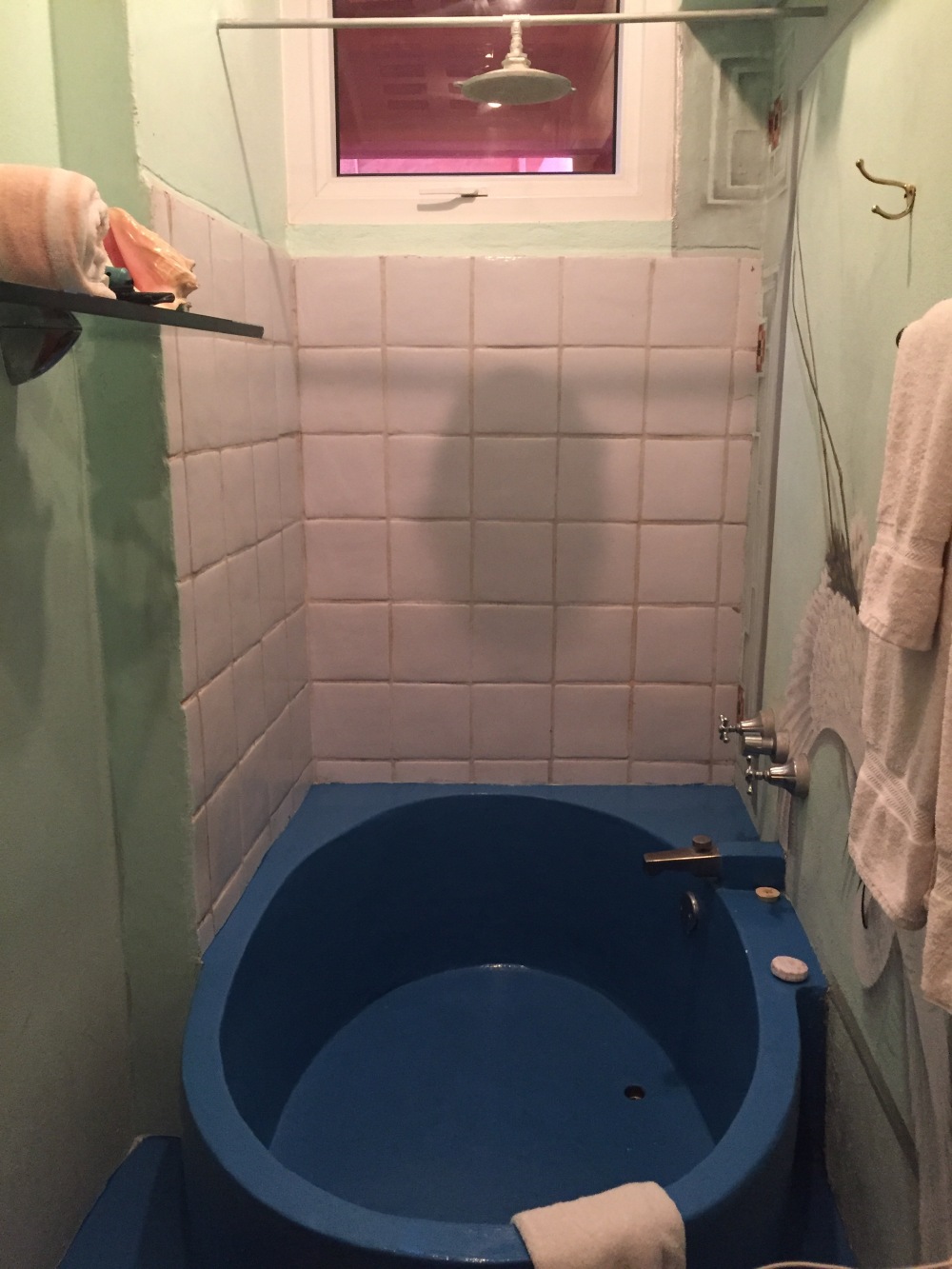 My patio was quite cute and the winding stairs took you to the pool. 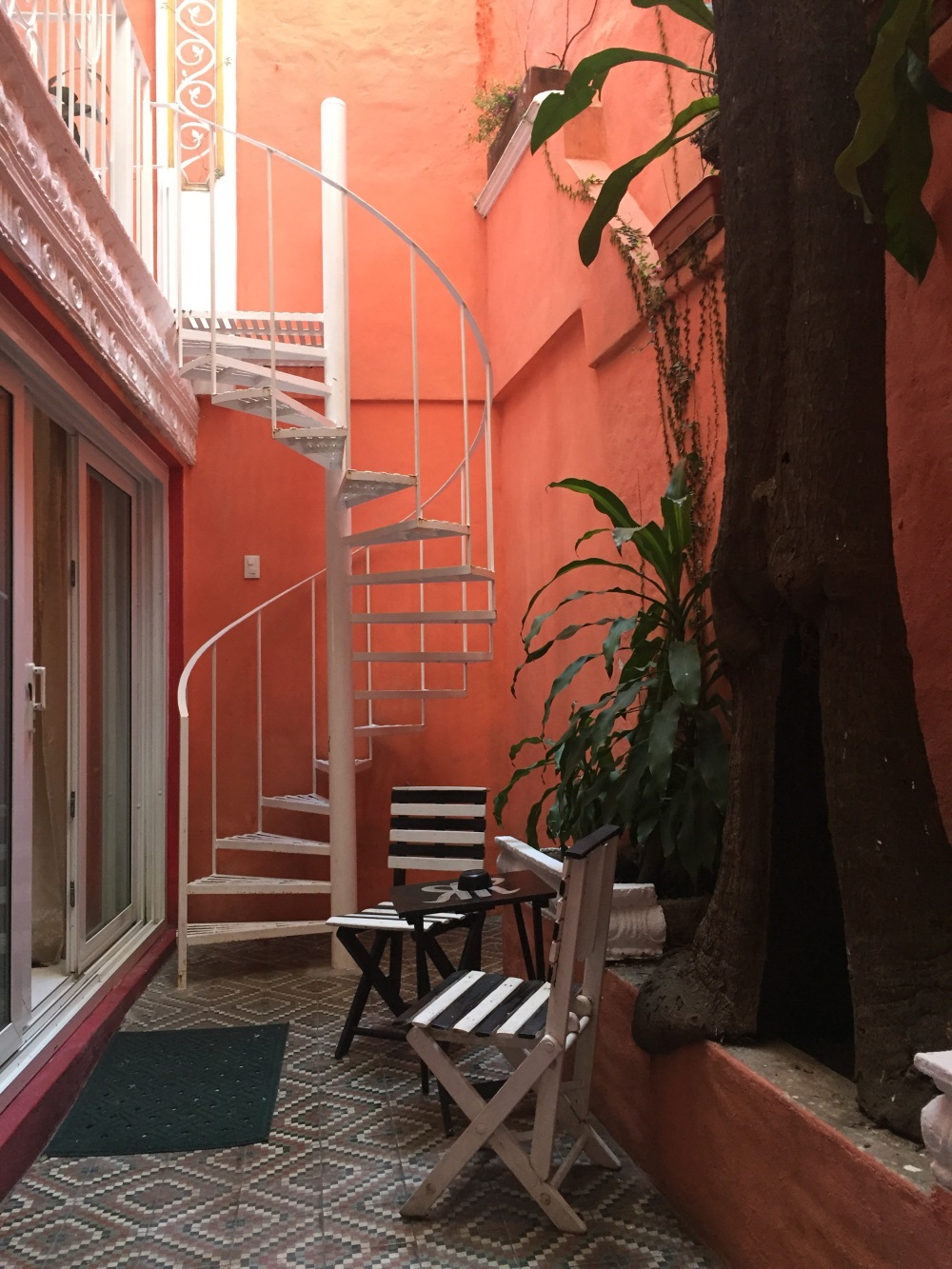