After a lackluster (and incredibly expensive) lunch at Relae, I had pretty much given up on any recommended restaurants. I’d just stroll around and take in the city and eat a hot dog or something. On a long trek one day, I passed Cafe 108 and immediately disregarded it because I’d read about it and I was tired of being underwhelmed and overcharged in Copenhagen. Five miles in the unseasonably warm sunshine brought me back across its path a few hours later. I need a drink. They had an iced coffee sign on the door. I bet their bathroom was clean. I was in.

The inside of the cafe was super cute. All festive lightbulbs and fun posters.

Their pastries were nothing to sneeze at either. I watched one couple order ONE OF EVERYTHING. I don’t now how I didn’t befriend them, but I was jealous. 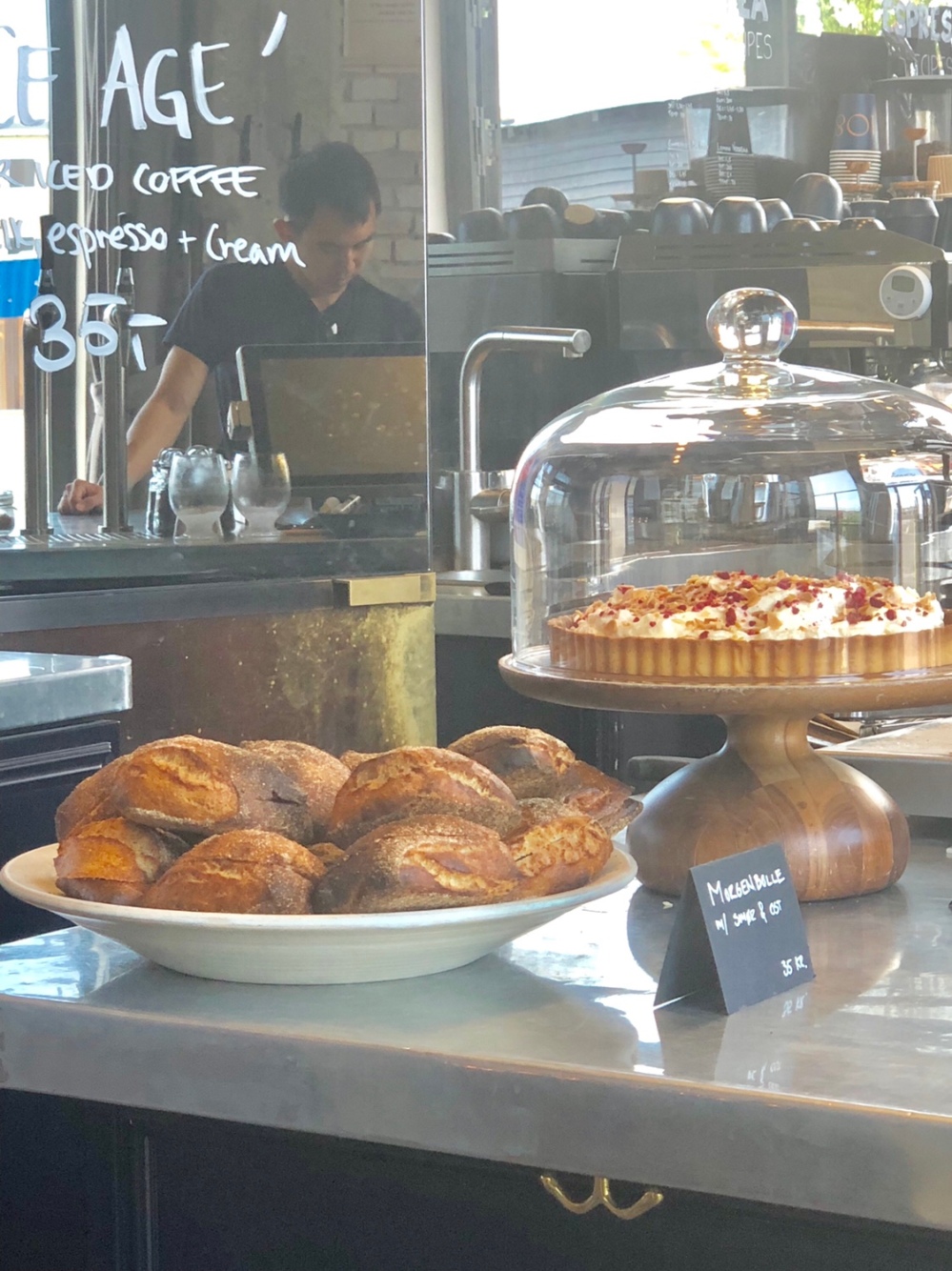 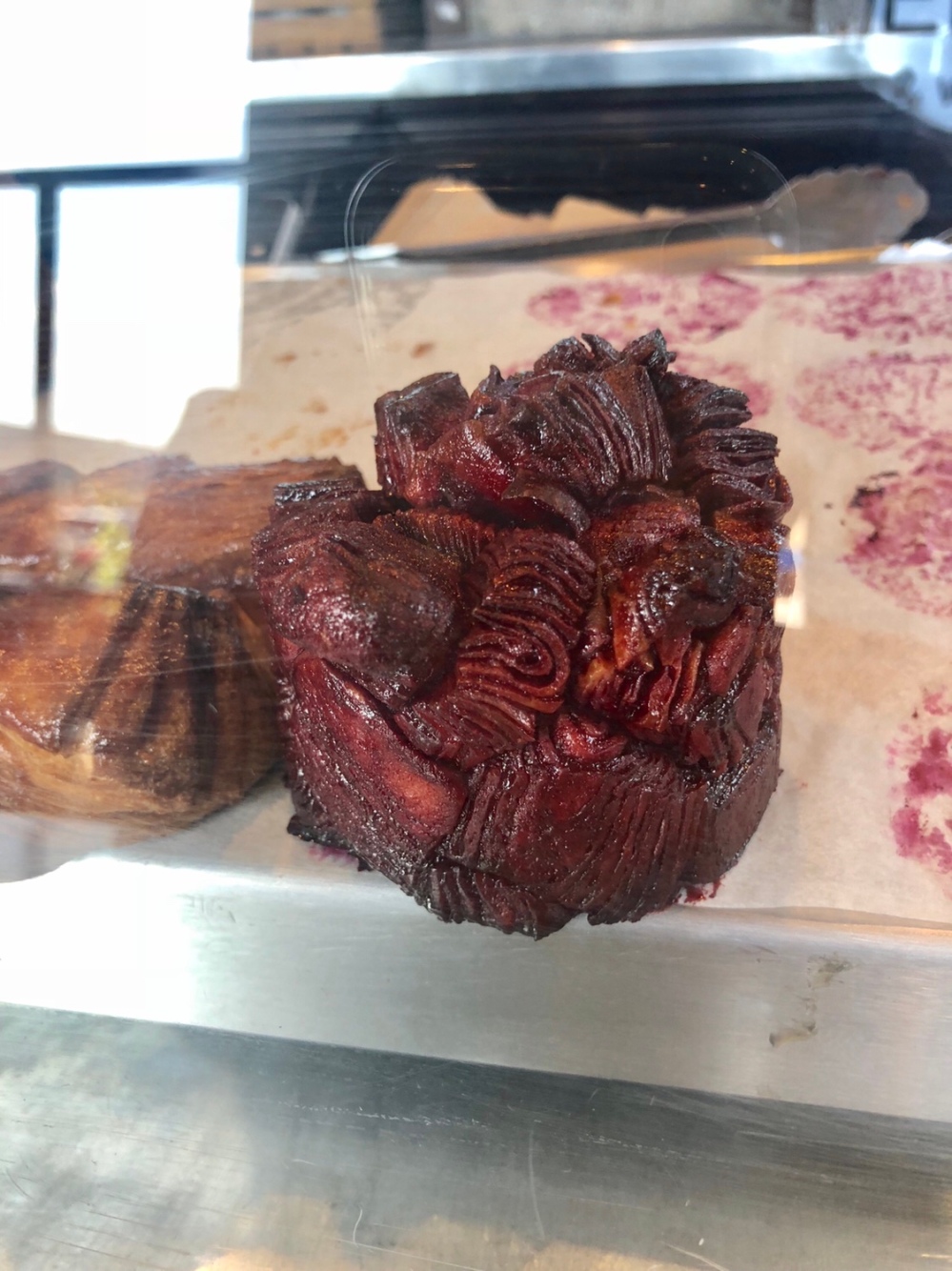 The inside dining nook was full of charming posters of past cafe events. 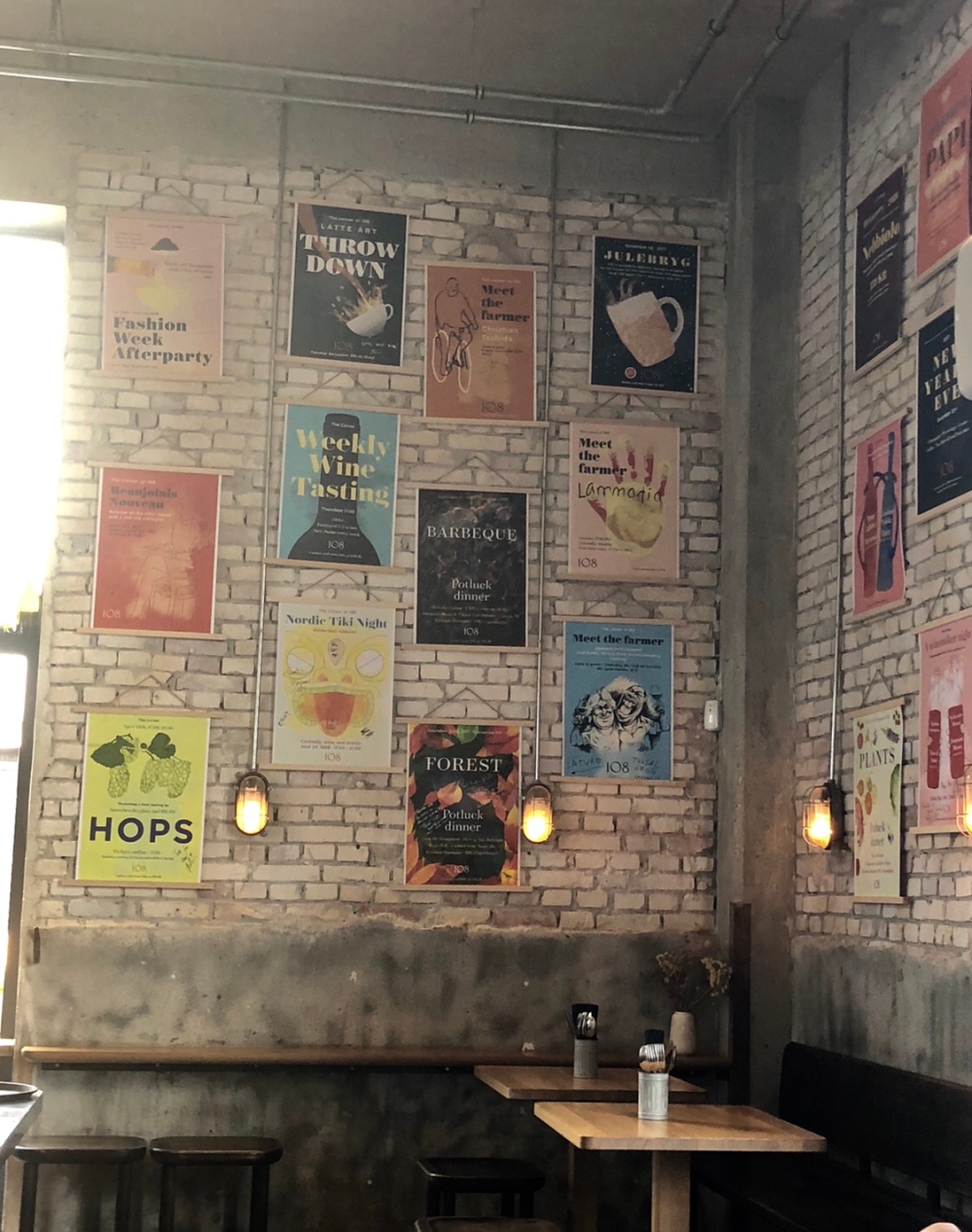 Like I said, I was drawn by the iced coffee sign, but stayed for a beer instead. The dude in front of me ordered one and it just looked so crisp and refreshing. I went with the Everyday Lager because I’m a basic betch, but I was happy to know that the brewery made brews exclusive to the establishment, so it didn’t feel quite so bad. Also, the banana stand beer…best name ever.

This was such a fun find in Copenhagen. There were a few outside tables near the canal, great for people watching. It was also conveniently next door to a food hall of interesting looking gourmet hot dogs, ice creams, more beers, coffees, etc. etc. I’d definitely make this a stop next time you’re in Copenhagen.