Stockholm absolutely blew my mind- full guide coming soon- and I was hoping for the same in the second part of my solo travel adventure.

After a delayed flight, I arrived to the Hotel Danmark on Friday evening. This was my steal of the trip- a four star hotel for three nights including breakfast for $500. Not bad.

The front of the hotel certainly met my expectations with adorable bicycles, bars, and flower boxes everywhere. 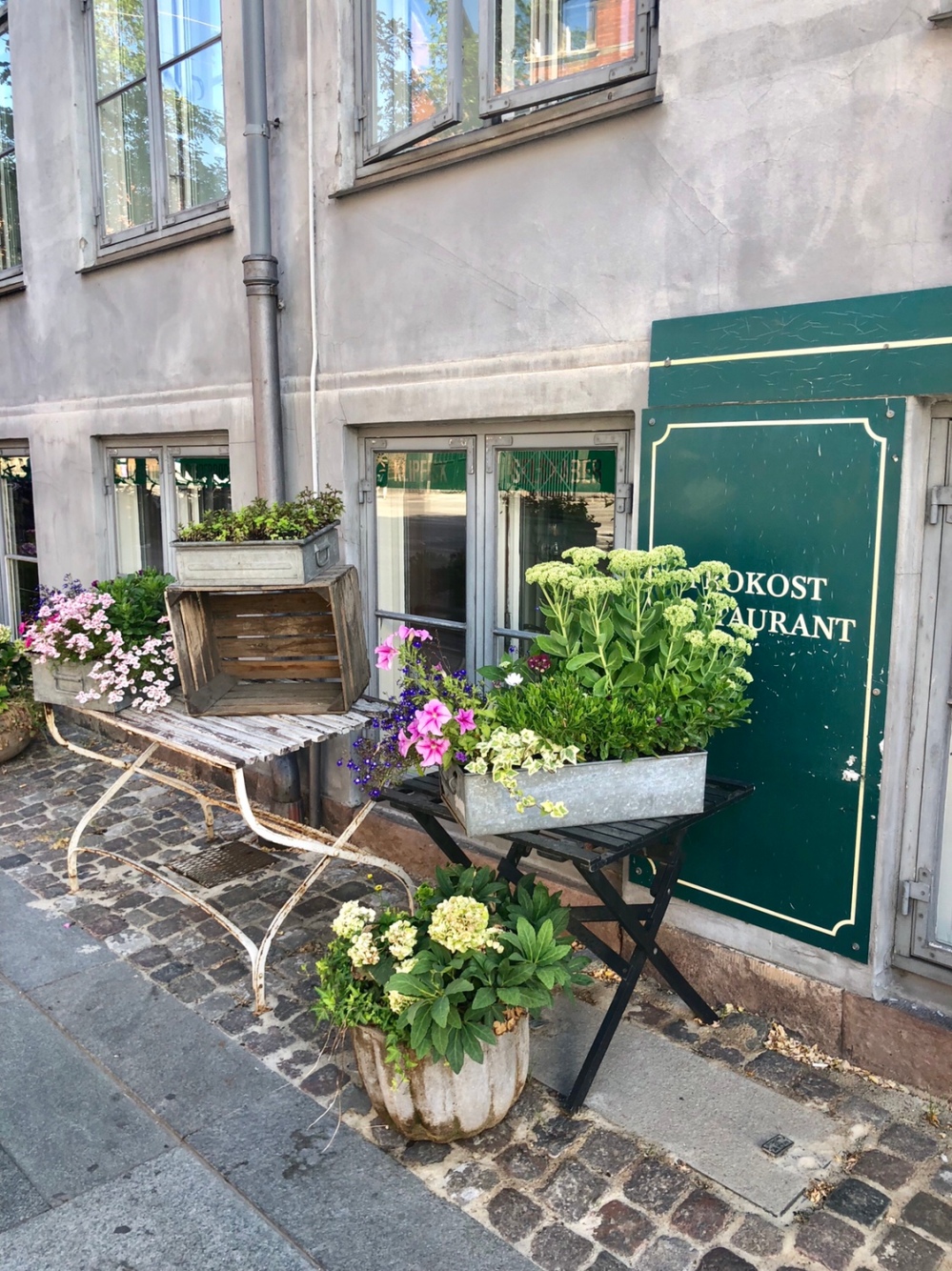 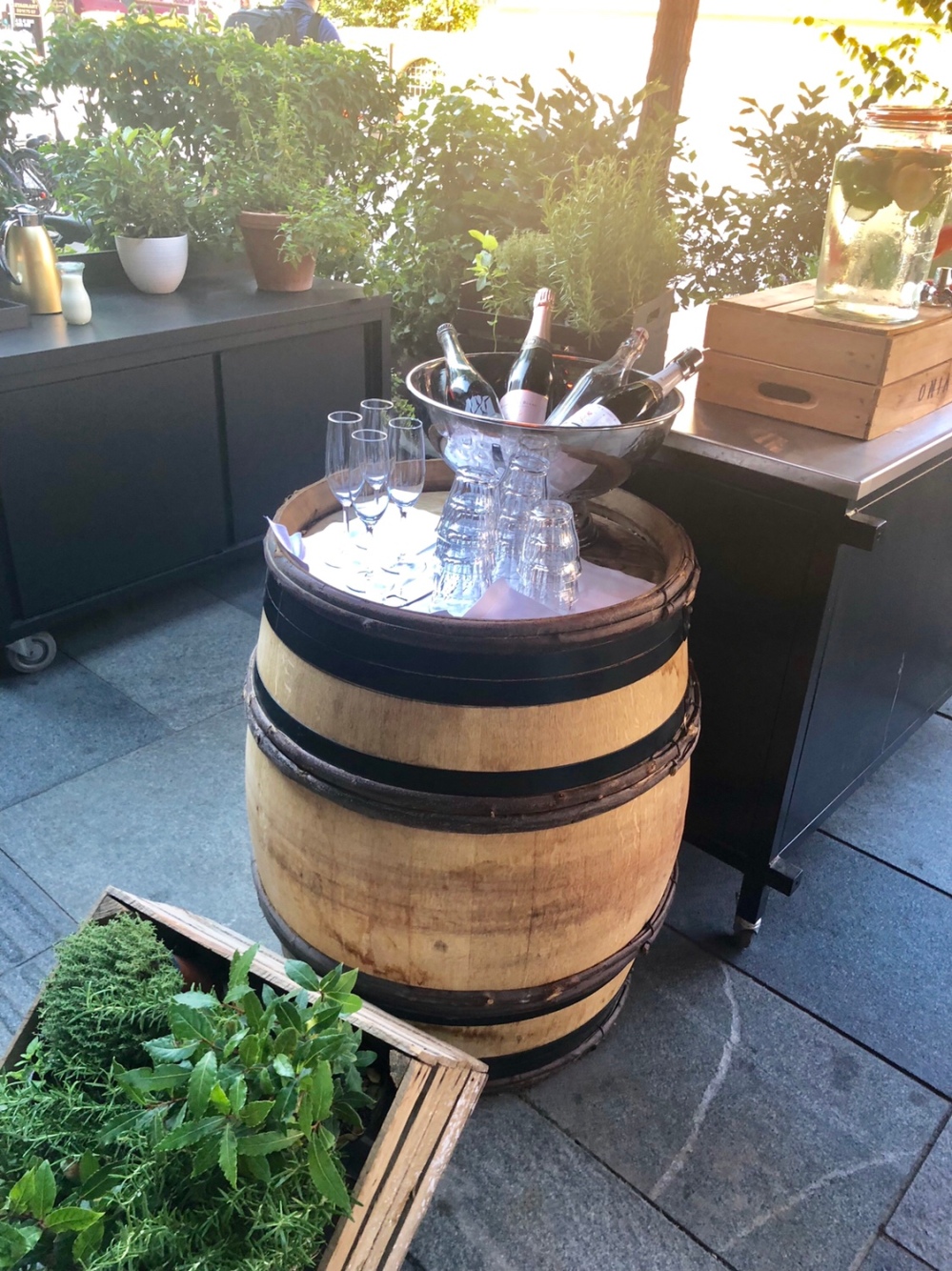 There was also a rooftop bar that was not surprisingly, quite busy on a pretty Friday night. Protip:  take your free drinks from happy hour (5-6PM) up to the rooftop to mingle with the pretty people lounging around a DJ. Or come back on Saturday nights to catch the fireworks at the amusement park around 11PM.

The lobby doubled as a bar as well, which was handy if you needed a drink or snack to take to your room (there’s no mini fridge) or to take outside and people watch. It was truly a golden delight. However, this is also the check-in desk so beware if you are arriving during prime time, say 7PM on Friday evening. You’ll have to wait behind people buying drinks to get a room key. Very annoying. 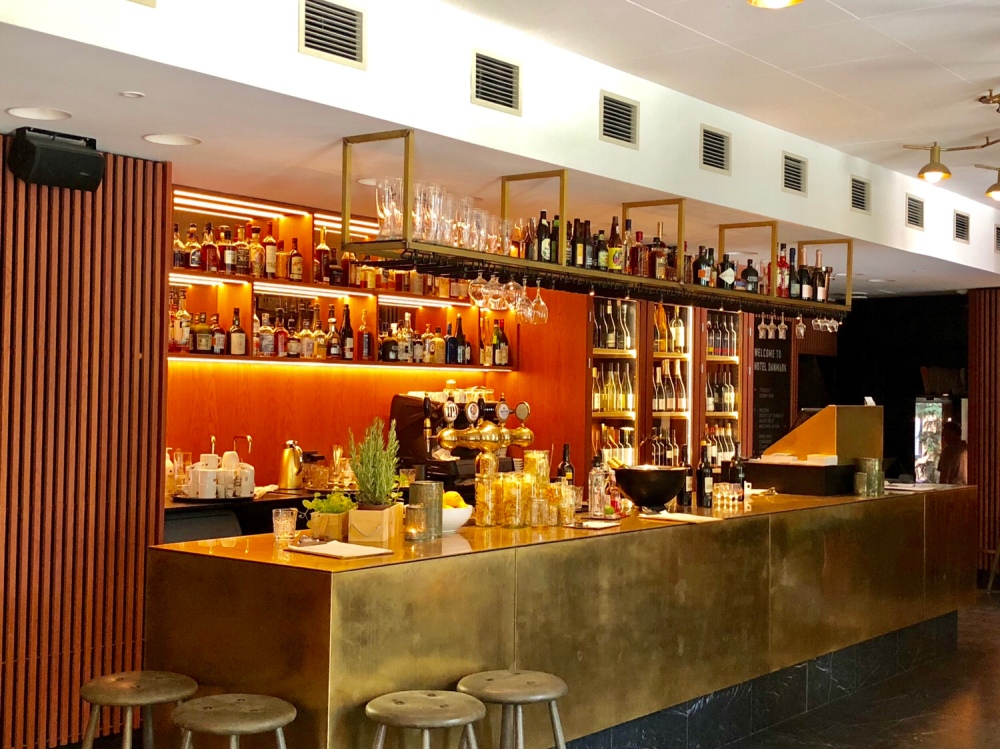 The rooms were rather sparse, but the lobby sold the few objets found in them.

This was my deluxe room. Basically a bed with walls, but it was serviceable and cozy. I’d asked for a quiet room (aka not right under the roof bar) and I was given #111 which overlooked the courtyard. While this sounds quaint, the staff setting up for breakfast at 6AM was rather noisy. The breakfast though, was delicious!

There was a tiny closet and tiny safe. 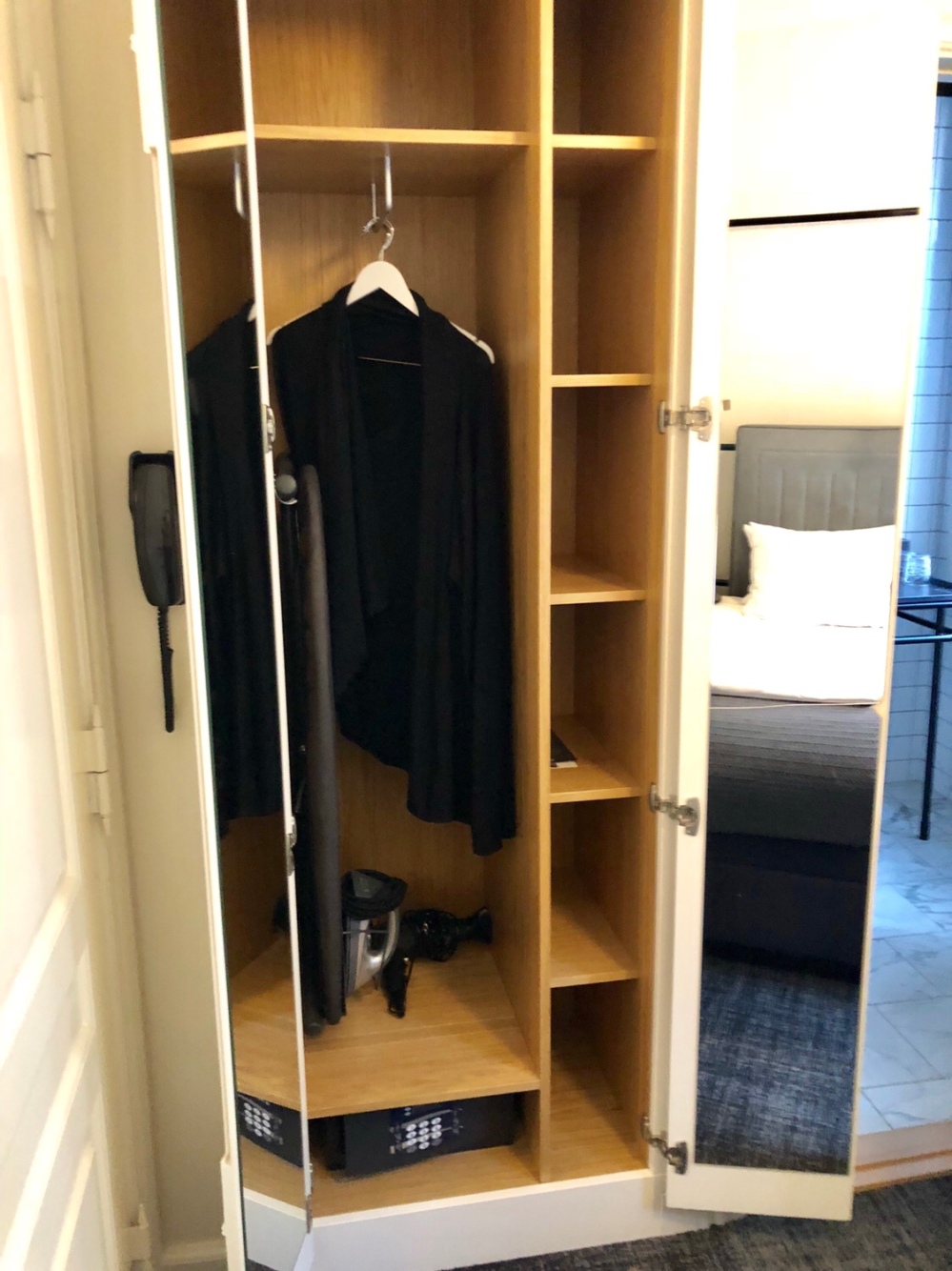 The tv in the corner played all sorts of aging American romantic comedies. Great to watch while snuggled in the room, aka bed.

The bathroom was quite spacious compared to the room and was adequately equipped, if not a little design-forward.

The shower did flood the bathroom, but don’t all Euro showers? Also, there was no shelf in the shower, so you had to reach around to the counter to grab shampoo, etc. Just a funny little quirk to help the flooding along.

This was my view, the charming courtyard where brekkie was served.

Would I stay here again? Sure, for that price, you can’t beat it. Just don’t have any friends over, the room is well suited for solo travelers only.