“Look mama we made it. Your son out in Barbados. Cheese, eggs, and potatoes.”

Man, you’d think that J.Cole, “Nobody’s Perfect,” was written at our house this weekend. We did make this for his mama. And there was a fair amount of cheese, eggs, and potatoes. And I do wish to travel to Barbados. 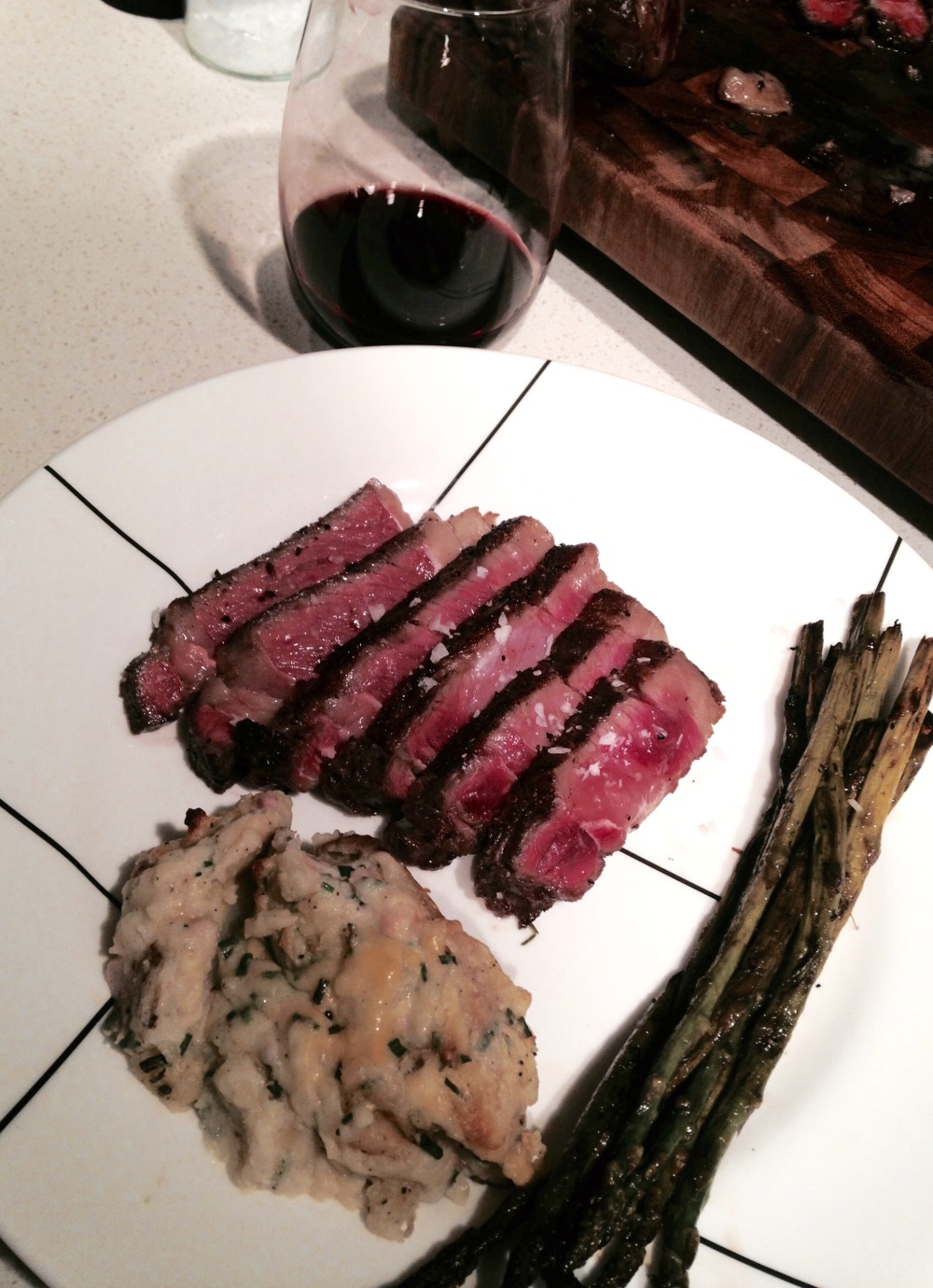 Really, though. Grass fed ribeye and those tubers? Mmmmmm. The Chap was trying to convince us all that grilled asparagus would suffice. Are you kidding? My Midwest roots shirk for no one. And his parents agreed with me. Twice-baked potatoes reign supreme!

Now, go make these for yo mama. J. Cole did.