So amoung a slew of bad Tinder dates, tales I promise to regale you with soon, I’ve been seeing a gentleman suitor enough to get to know him a bit. Enough to know that we both think ourselves quality at-home chefs, him probably more since he actually was a chef for a few years. Isn’t it funny when you get something out of a relationship that you aren’t at all expecting? Like after spending time with this chap, I cannot wait to pull some copy cat kitchen purchases. His knives are divine and are the epitome of kitchen love, the micro planes are the zestiest, and the marble pot for sea salt is the most charming/classy/freaking functional kitchen objet I’ve ever seen.

We are chatting a few weeks ago and I’m explaining how I like to pretend that I live in France and whip up butter heavy rustic dishes and eat them in the French farmhouse that is my mind. He dealt with my delusions well so I proceeded further down my windy rue and explained how I’d never roasted a whole chicken and where does one even purchase one (answer: anywhere) and my dinner parties were suffering because I’d only roasted the pieces and the results were dry. And and and and…. He must have a farmhouse in his head too because he got all wound up about the idea and decided we should put this quest in motion together.
I love doing things that are unique to both parties and was happy we were going to embark on the challenge together. That was until last week.
Last week homeboy had family in town and completed a practice run of our chicken roasting! I must admit, it was pretty cute he wanted to get it right enough to practice on his family for our cooking night, but I was also a tad annoyed because it was supposed to be our new thing for our new people, us.
So I quite literally said, 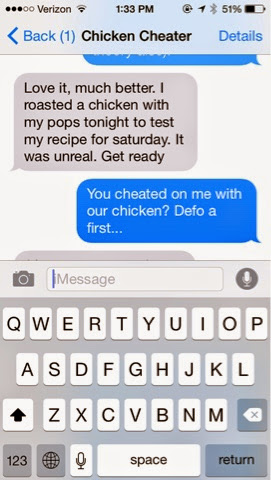 I tried to explain to him the gravity of the situation, that I’d written about wanting to do that as a New Years resolution and he’d done it without me, blah blah blah.
He’s had the leftovers for two days and I refuse to taste them, despite his constantly waving them in my face. I’m waiting for my own damn chicken.
So, in retaliation last night, I made a trial run of the Gougères I’d promised to make him. I must say, they were my prettiest batch yet despite multiple friends thinking they were chicken nuggets. (I hate everyone). I guess they did only feature Swiss and a bit of onion inside, not my standard mix. 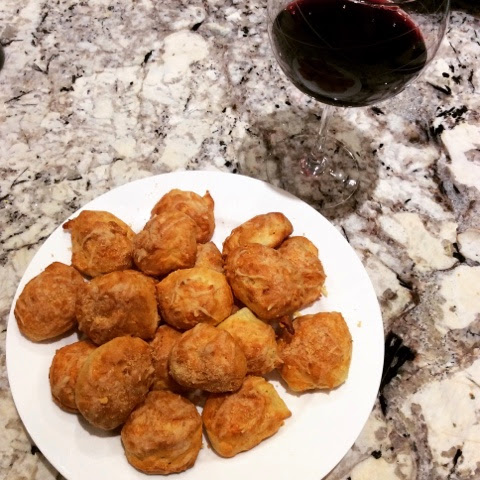 Tonight I’m making them with Comté, chives, and perhaps some ham.
Oh, and I’m finally roasting MY chicken.