As I mentioned, the beau and I attended his family Thanksgiving a week early in Massachusetts. His parents live in a quaint, old whaling town on the near end of Cape Cod. They’re a fantastic bunch and I always like traveling to see them.

This trip was particularly fun.
There is a Chinese restaurant that was frequented by te beau’s grandfather. He talks about both so incessantly that I told him that I’ll know he’s serious about me when he take me there. It’s called Bamboo and it’s in a Holiday Inn, that’s right, not a Holiday Inn Express. We went on Friday night with the beau’s brother and his wife. Vodka Mai Tais (a brilliant invention) and every item on the menu ensued. The whole experience delivered and I was happy to be the first woman that the beau shared this beloved restaurant with. Here’s are some crappy photos to prove it all happened. 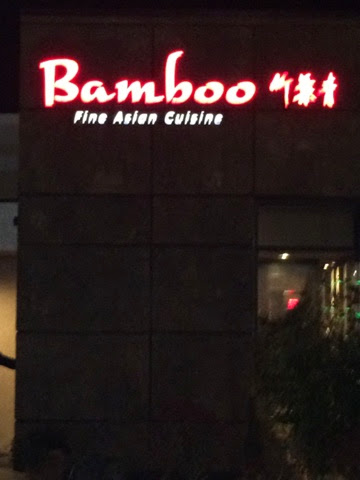 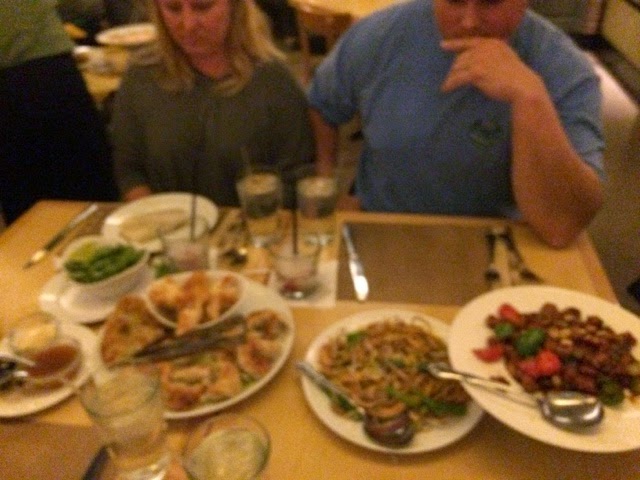 After a quick stop to a townie bar full of pornographic art and fresh squeezed orange juice, we headed to the parents house. That’s when the conversation about scuba diving occurred. Since his family seems to be in Hawaii like once a week and are big water sport people, I suggested they get certified. Somehow the conversation morphed into me paddle boarding with the dad the next morning. I have no idea how this happened and I try not to go back on my word, so I went. In Cape Cod. In Novemeber.
Yep, I literally found myself in a full wetsuit in my boyfriend’s family kitchen at 10am on a Saturday morning after just returning from a week in the Caribbean where the only palatable foods were bread and alcohol. Not a pretty picture. 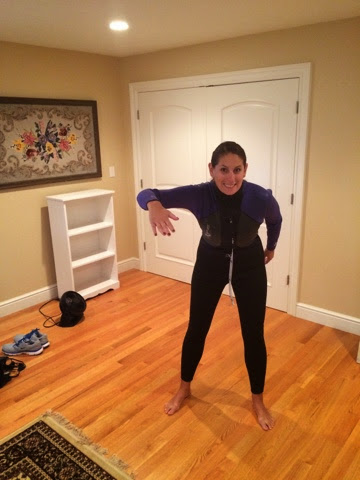 The wind was so strong that we ended up surfing to a nearby beach and walking the boards back in waist high water. It was quite taxing, but we avoided the sharks!!! of deeper waters and had a pre-turkey workout to boot. 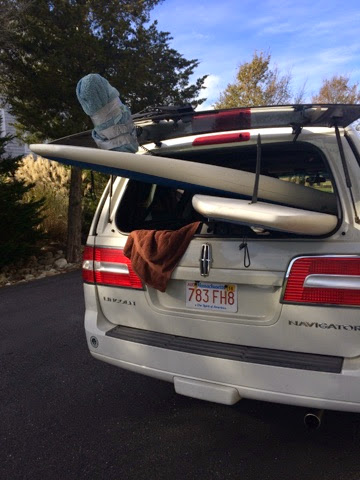 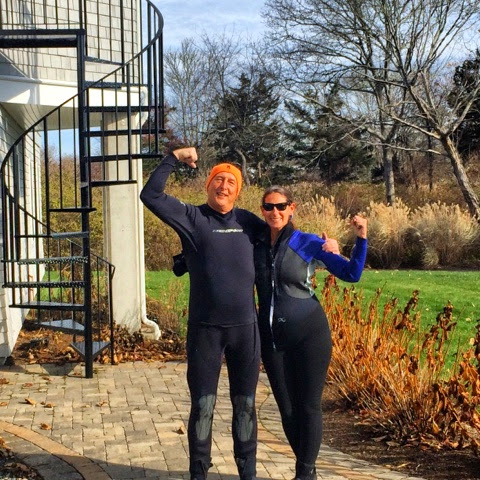 Me and Jacques Cousteau. 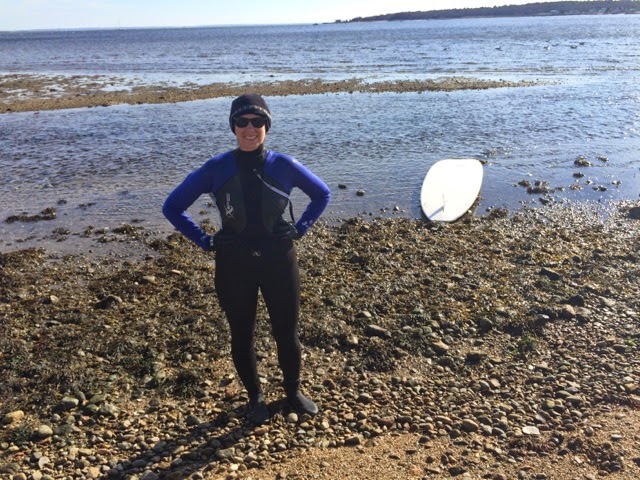 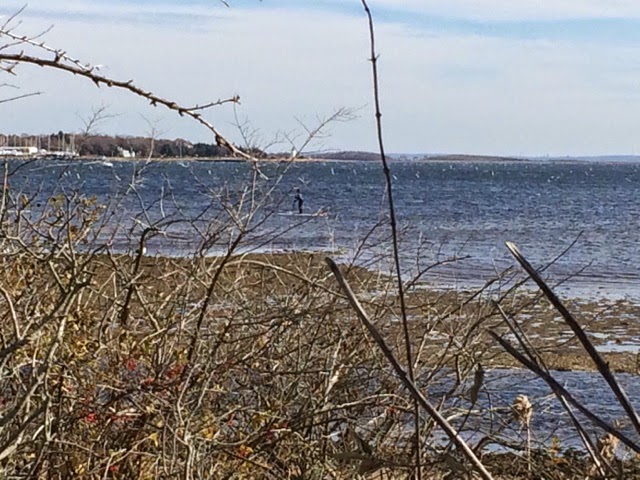 I’m that tiny dot surfing. This is the beau being artistic from the beach. 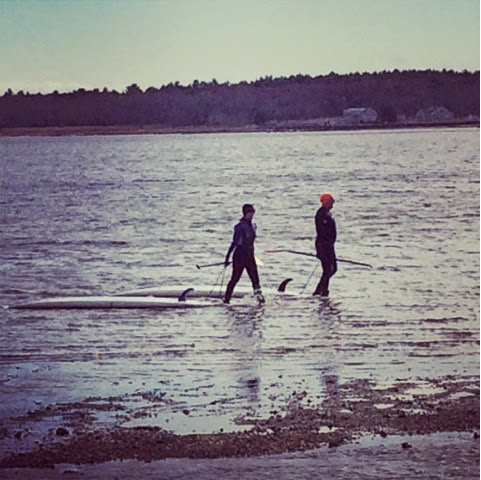 The rest of the trip was pretty standard Thanksigiving stuff- turkey, big dinner with family friends, Sonos getting stuck on the mariachi channel, a heated game of Cards Against Humanity, and football.
We took a long walk in the town, Mattapoisett. It’s a picturesque hybrid of Normandy meets New England. 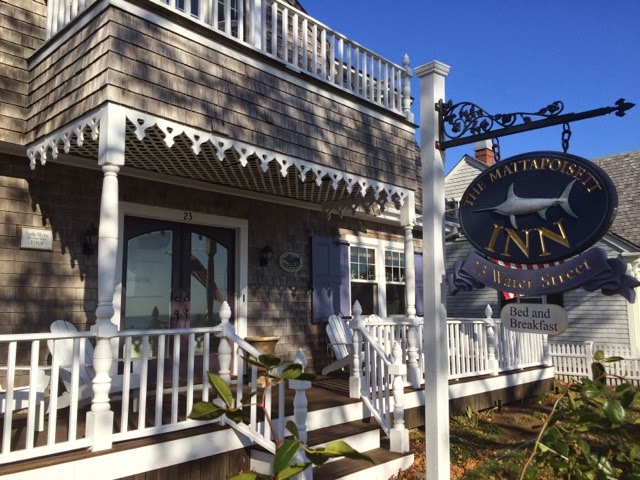 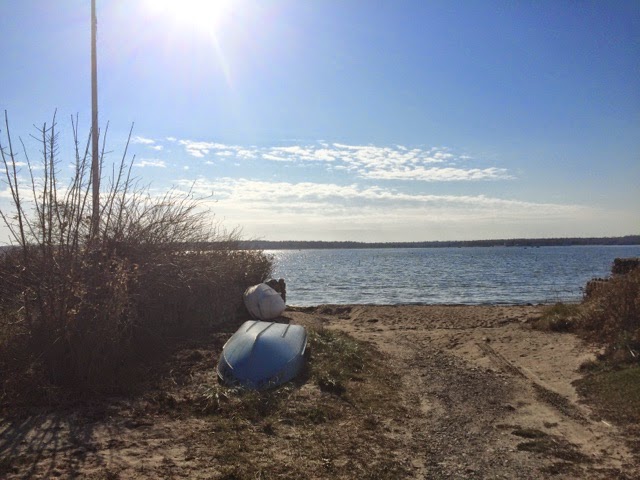 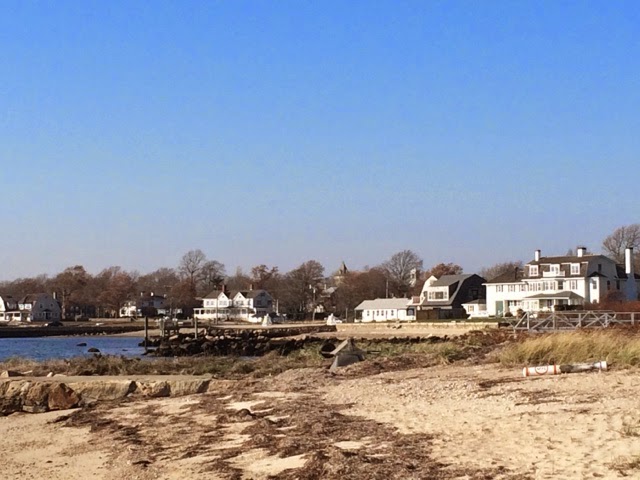 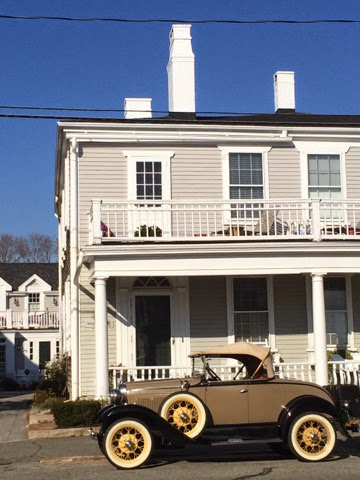 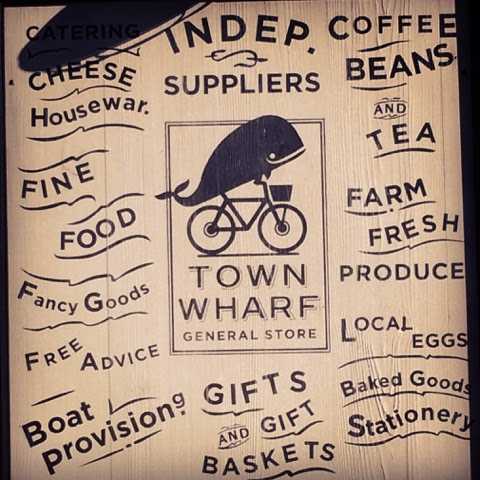 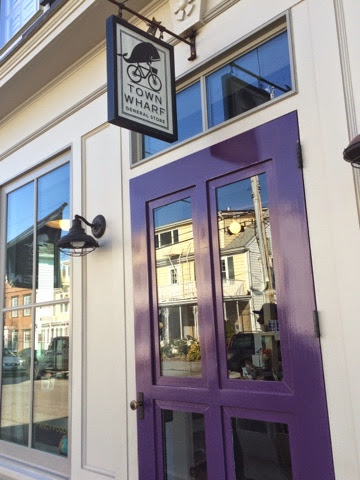 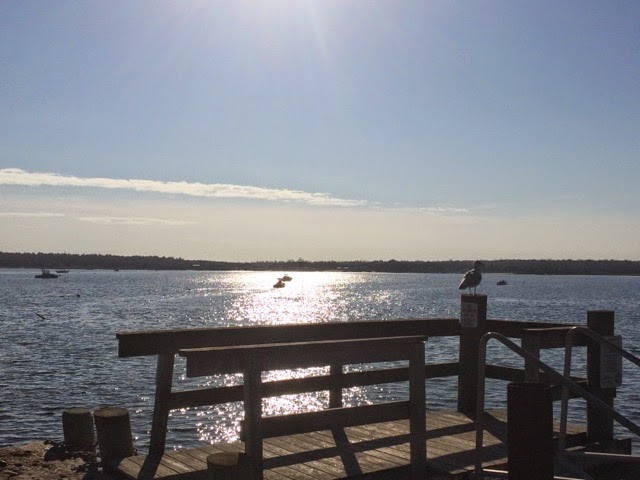 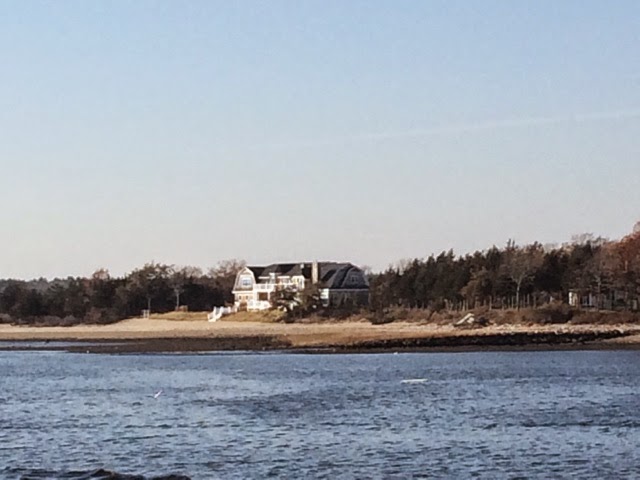 The beau surprised me at the end of the trip with a dinner at one of my favorite restaurants and I spent some alone time with his mum, a first. It was seriously a great weekend and any qualms that I’ve pondered of late were easily squashed.