Skip to content
What a weekend we had in Chicago! It’s already Thursday and I’m just feeling back to normal. Have I become a bad traveller?? I hope not. I am a tired one.
The beau may be moving to the Windy City in a few weeks, so we went for a long weekend under the guise of scoping out apartments, but some may say that the weekend was more doughnut, friend, and baseball -centric than anything else.
A photographic journey of the adventure.
We arrived in Chicago early on national doughnut day. We made it to our hotel by 9:30AM, but the doughnut shop in the lobby was already sold out. Yes, Chicago boutique hotels feature boutique doughnut shops these days. Another shop brought yet another sold out sign, and finally we settled on the somewhat hidden backery in the Acme Hotel. They claim that this doughnut won the Chicago’s choice award. It was tasty, but not life changing, aside from making my jeans tighter, despite the fact that I halved it with the beau.
Beer and pretzel doughnut with Bischoff cookie filling. 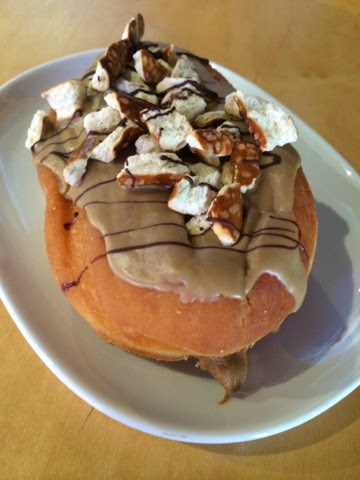 Next stop was naturally Mario Battali’s Eataly. Don’t worry, we didn’t eat, but we sure did ogle. The new Chicago outpost is so much nicer than the clusterfunk that is in NYC. Two very open floors featured eight restaurants, a grocery store where you can drink wine while buying $11 pasta or any other overpriced Italian product under the sun. It was heaven. I most wanted to purchase a modern design, giant pink Himalayan salt grinder, but the beau talked me out of it. Or rather, I made him talk me out of it. No kitchen, no pink salt. That’s what I’m telling myself as incentive to move along with my living situation.
The apartment the beau ultimately loved the most is dangerously across the street from this little market. I see bankrupcy and obesity in our future.
Just some of the fresh pasta offerings at Eataly. 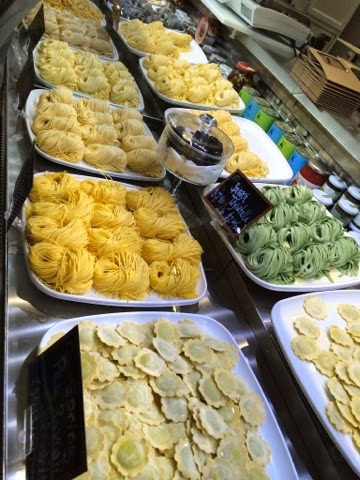 And some ocean pasta, aka shellfish. 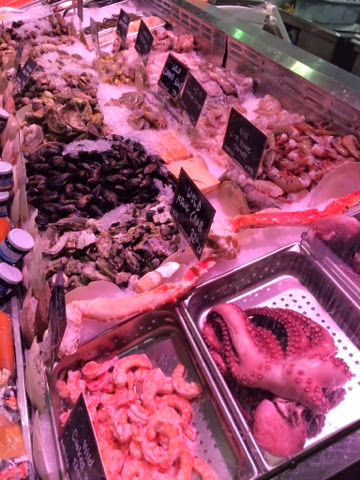 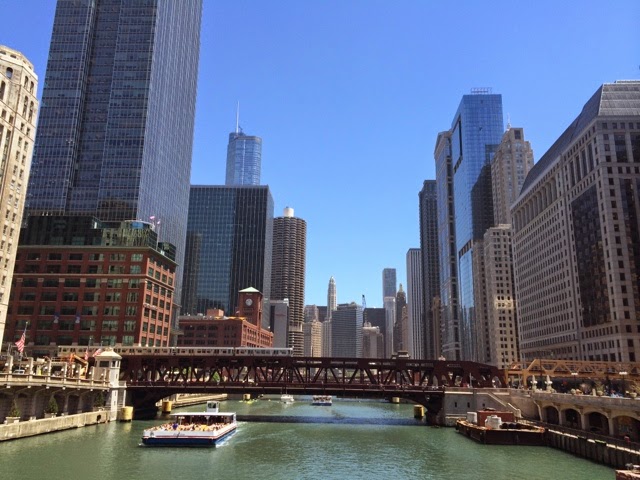 We walked back across the city, both desperate for a nap, but first we stopped at The Signature Room at the John Hancock building for a sumpremely mediocre and rather warm martini. The views were splendid. It was a clear day and we saw four states. The spiders didn’t disappoint either. They tethered themselves 96 floors high to the windows so that I could awe at their foulness. 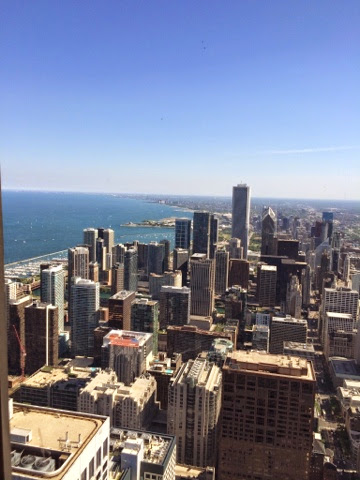 The evening ended with a night out in Wicker Park. A two hour wait at Big Star Tacos placed us into some random little bistro that we closed with the bestie. I was glad my two favorites finally got to meet over a confusing meal of guacamole and lamb ragout.
In the morning I hauled ass to Glazed and Infused, the doughnut shop in our lobby. I would not be out sold today! And I wasn’t. In my bounty, I found a fritter, a festive glazed, and a maple and bacon doughnut which was super dry and nasty. The bottle pictured below is the most ingenius packaging for iced coffee; unfortunately, it was disgusting. I will not be returning to this shop. 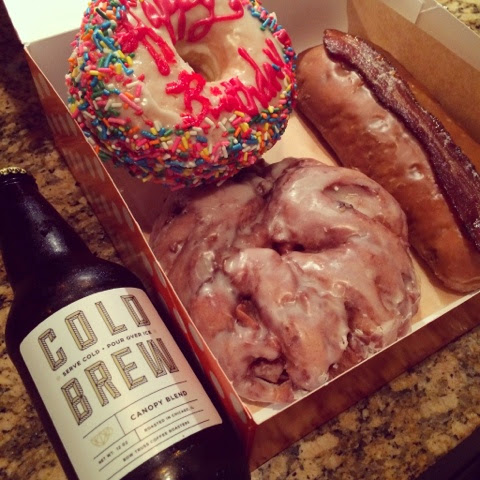 The beau was passed out from a super long week of work and travel, so I met the bestie on Oak Street beach for coffee and sunshine. We then proceeded to Hermes and Saks – a fine morning, indeed. 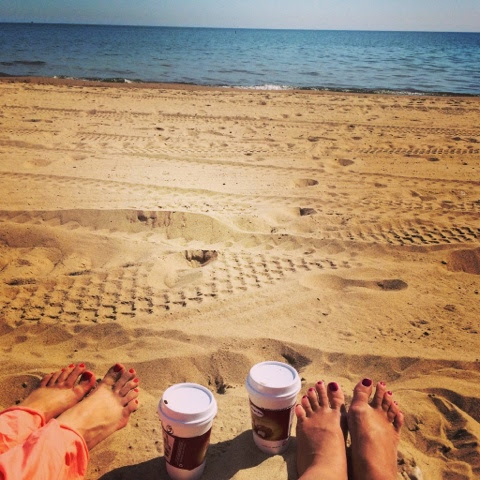 The afternoon brought a regroup with the beau over brunch at Gibson’s. We saw yet more apartment buildings and took an architectural boat tour just as the day became overcast. Here’s a view of Willis Tower from the water. 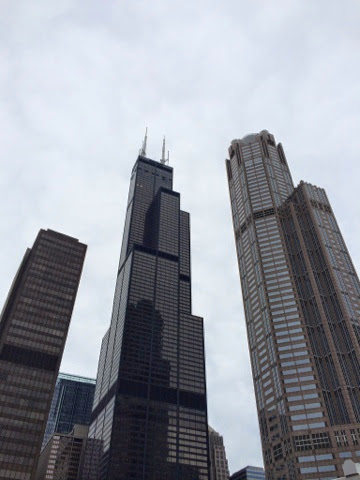 In the evening, we took a stroll around Lincoln Park, dined at one of my old favs, Mon Ami Gabi, had drinks at the supposed best restaurant in Chicago, L20, and saw Second City. The day was exhausting but great. We considered ducking out after the Second City show and skipping the encore which is usually another 20 minutes of new improv ideas. 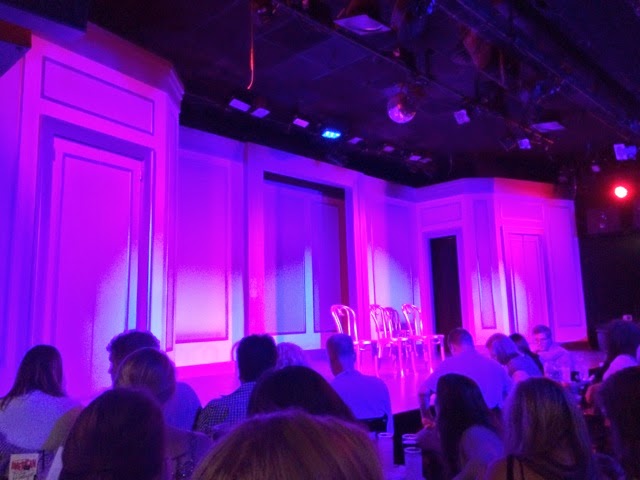 I’m glad we stayed, because Al Madrigal who was doing stand-up in another theater came by for an impromptu stand-up act which the cast of Second City then improvised. Delightful, indeed, but another night of 3AM bed time was daunting. 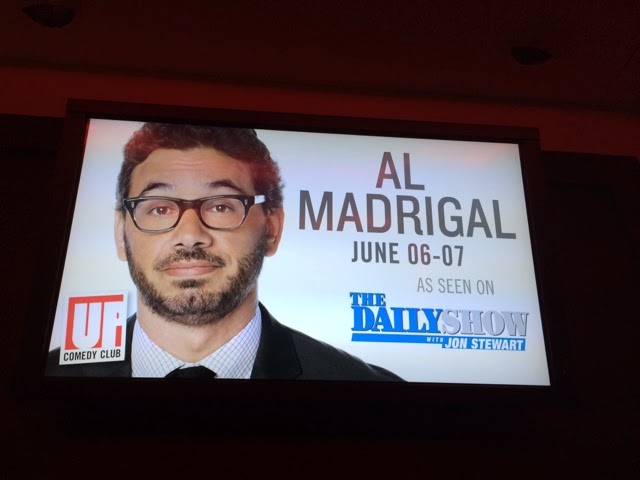 Don’t worry, in the morning we saw yet more apartments and met the bestie for brunch. Today our bloodies came with Miller Lite ponies. Chicago, a drinking town with a people problem. 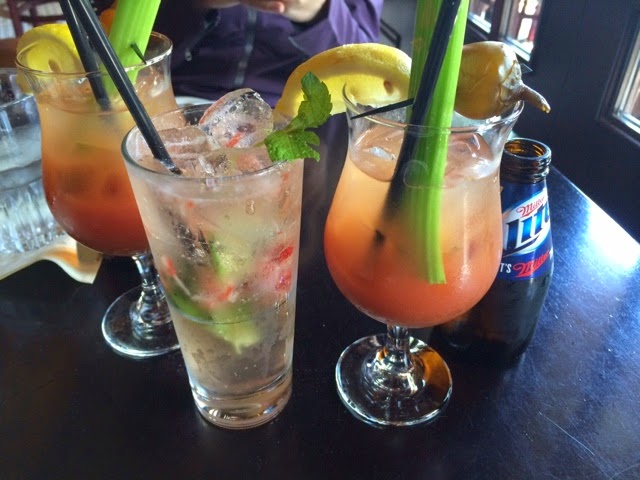 The bestie scored us all tickets in the bleachers. I debated wearing a Marlins shirt, but thinking a Cubs hat was in my future, I just couldn’t. I don’t know who won.
The bestie and I on ‘Best Friends Day.’ This is apparently a thing and we commemorated it with warm Lemon Drop shots at the Cubby Bear. Nasty. 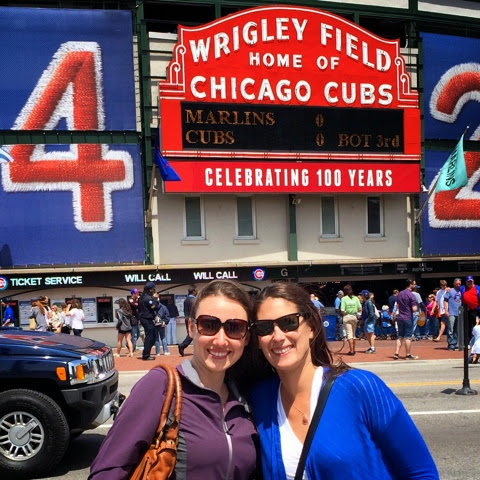 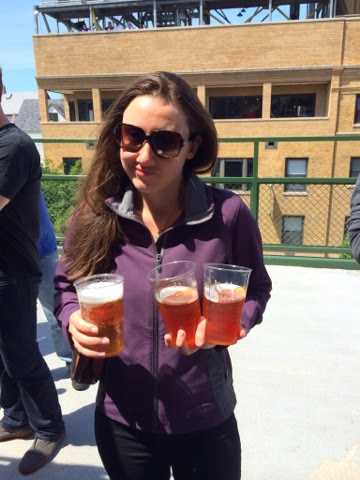 View from the bleachers. 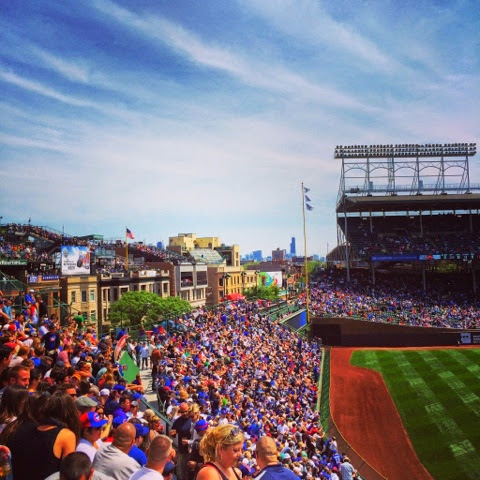 The beau chased down this giant bear and we grabbed a snap. The beau looks elated as bear stares off into the distance, peeved beyond belief that his tiny Igloo cooler was missing a tip. Then, he chased us for a little while looking to fill the void.
Finally, we ended up at Sluggers, my old favorite from my Chicago days. I’m certain that they hadn’t replaced any equipment or cleaned anything in the eight years that I’ve been gone. Our group played skee ball for a quarter, I cleaned up in Pop-A-Shot, the bestie tried the ‘Hurricane machine,’ and the boys took to the batting cages. Drunk adult pre-school is the best.
What did we do with all of those tickets? Well, I won an alien and a dinosaur toy. I made the alien ride the dino around for a few bars. The bestie won a flute that she played at the next few bars. Lady soulmates. 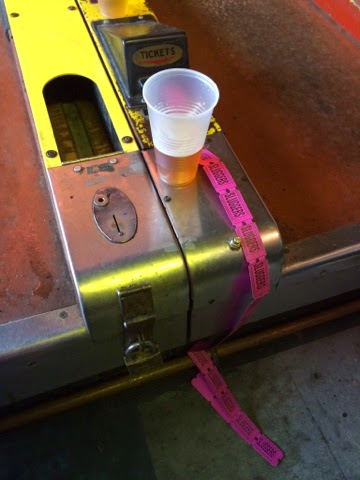 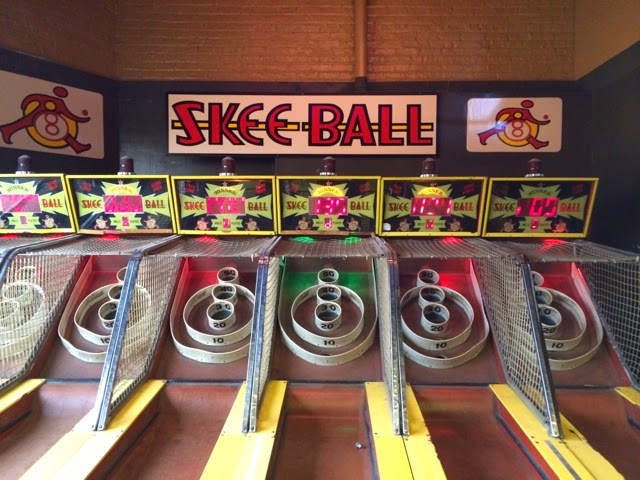 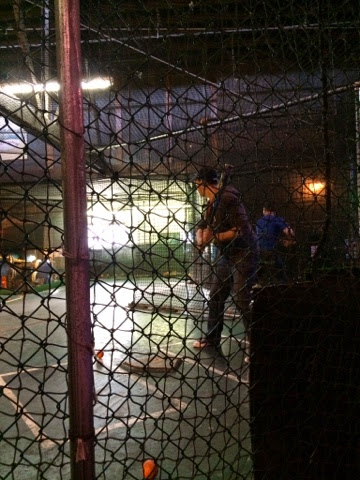 Somehow, the end of a cold bar crawl finished at the rooftop at the rather hipstery/nice J.Parker bar. We were grossly underdressed, but partook in craft cocktails, the world’s most pathetic cheeseplate, and some quality rooftop DJ’s. And we were happy. 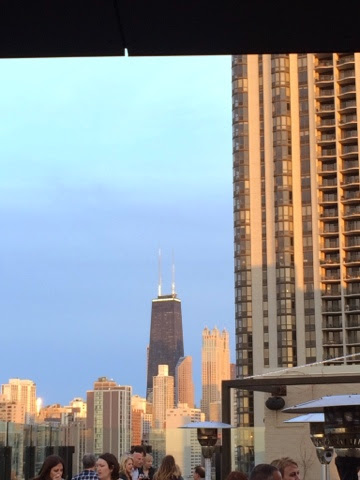 Until next time Chicago. And next time, I will stock up on sleep.

PS. Something besides doughnuts should be the new doughnuts.